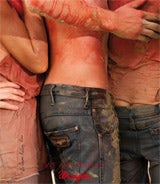 Wrangler says the ad campaign celebrates primal urges with “raw and visceral” images depicted men and women in the heat of the moment bathed in red water, dust and light.

The “Red Campaign” is the next phase of the denim brand’s “We Are Animals” brand platform and Wrangler says each of the 77 images captures the “animalistic alter-ego” of the character.

The new campaign was revealed at the Bread and Butter fashion trade exhibition in Berlin this week and will be launched to the public in March via a range of channels including outdoor poster ads, digital activity and in stores.

The campaign has been developed by Fred & Fared Paris and consists of 77 separate images and a video and shot by Jeff Burton.

The collection launches on 1 February.

In October, former Wrangler marketing director Gary Burnand was appointed as the first global marketing and strategy director for the casual and country clothing brand Barbour.

Premier Foods’ traditional cake brand Lyons is launching a new range of Teashop Classic Cakes, in an effort to capitalise on the growing teatime occasion. 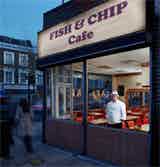 The Food Standards Agency is launching a UK-wide campaign today, to raise awareness among food businesses about the agency tools available to help businesses comply with food hygiene law.

The Secret Marketer’s column on the true cost of hiring a new manager also created debate. The article can be found here