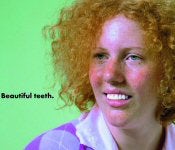 The Wrigley Company, the confectionery and chewing gum giant, is looking to consolidate its £200m global advertising business. It is not expected to affect BBDO, which will remain its key network.

It is thought to be inviting non-roster agencies to pitch and it is not clear how it will affect its other agencies ­ Bristol-based agency Bray Leino, which handles some UK advertising, and Publicis and Crispin Porter & Bogusky in the US.

Wrigley says it is ³assessing how best to consolidate the remainder of our agency roster globally² and that the move has been prompted by its ³strong growth and the tremendous opportunities that lie ahead².

It is understood that the Altoid and Lifesavers brands, which Wrigley acquired part of from Kraft in 2004, will be a key part of the pitch. At the time of the acquisition of the biggest American mint brand, the company said it planned to ramp up investment in the two brands and launch them into new markets, but this has been limited so far.

The pitch also comes just after rival Cadbury launched its Trident brand in the UK with a major £10m advertising campaign aimed at stealing market share from Wrigley. According to figures from AC Nielsen, Cadbury has managed to take a 15% share of the market despite the Advertising Standards Authority banning its launch campaign for being racist (MW March 29).

Wrigley, which previously had a 98% share of the UK market, was thought to be considering bringing legal action against Cadbury because it believed Wrigley had broken competition rules with the launch.

Wrigley has already launched a fightback with new flavour variants and pack formats and TV advertising. But industry insiders say it is planning to step up its campaign against Cadbury over the coming months.