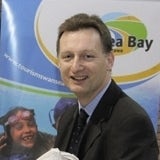 The Welsh Sports Association (WSA) claims to have developed a practical way to raise the &£100m needed to support the UK’s athletes in the 2012 Olympics (MW last week).

The body is running a pilot scheme targeting the money that small- and medium-sized businesses spend on their staff and customer reward schemes, estimated at about &£8bn a year.

The WSA is selling software that will allow businesses to create a website offering discounts on items such as electrical goods, holidays and car insurance, in the same way as existing reward schemes operate.

Companies can customise and brand the website, but the service, dubbed the Welsh Sport’ers Club – short for “Sport supporters” – is managed by the WSA in association with Opagus, a firm that specialises in reward schemes.

Profits from the scheme are ploughed into sponsoring sports’ governing bodies, allowing them to pay for athletes’ training and travel, while the companies can leverage the supporting sport theme in their marketing.

David Cotton, the WSA’s commercial director, says the initiative should appeal to businesses across the country, as it does not require them to spend any extra money.

He says: “A British Sport’ers club would provide an opportunity for every one of the 2.2 million registered businesses in the UK to fund competitors for 2012 and work around the competing requirements of [London 2012 Olympics organising committee] LOCOG and the restrictions of the Olympic Marketing Bill.

“In the same way that London 2012 asked people to back the bid, the British Sport’ers Club would ask businesses to back the team.”