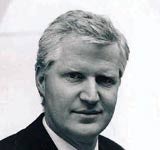 The company has already signed high-profile clients such as Ben Sherman and Seymour Pierce Bell. Simpson and Patten have also taken with them former WSS client Leeds United, but big-name personalities such as Rio Ferdinand have been lost.

Patten says that SP Active will aim to generate extra income for clients outside the core areas of sponsorship and rights management.

He says: “It is unique for an agency to look at areas such as the retail sector, which will help our clients to exploit additional revenue streams.”

He points to a previous deal with Leeds United that saw clothes with its brand name sold through Asda supermarkets around Leeds city centre. Patten says SP Active will also consider producing media such as television programmes to use as a shopfront for brands.

Patten joined WSS in September from the role of chief executive of M&C Saatchi Sponsorship. Simpson was formerly head of brand marketing at the failed Sportsworld Media Group (MW September 12, 2002).

WSS neared collapse last month, but was saved after agreeing to give shares to its creditors in exchange for overdue money. Simon Eagle has been appointed chief executive.