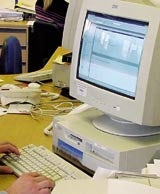 The move has prompted IBM to move its direct marketing business from Wunderman to sister WPP agency OgilvyOne New York to avoid any clashes. Ogilvy & Mather is IBM’s global agency. It was awarded the business ten years ago.

Wunderman and MRM will take over the majority of Microsoft’s below-the-line activity, which is worth about $400m (&£210m) globally. This includes direct marketing, customer relationship management, design and interactive. No indications have yet emerged as to how the business will be split and whether Wunderman will make any inroads on Interpublic’s existing Microsoft accounts.

Microsoft claims that it will not be dropping its UK roster agency Chemistry. The agency will be involved on project-based local and tactical campaigns and carry out specific work alongside the two main agencies.

Chemistry won the &£10m UK account last February after a four-way pitch, which resulted in it snatching the account from EHS Brann (MW February 13, 2003).

In the UK, the Young & Rubicam work is expected to be handled by Harrison Troughton Wunderman and the Banner Corporation.

The announcement comes a month after Microsoft launched its integrated “Realising Potential” campaign, which is running until the end of June and was created by McCann-Erickson.

The company recently reviewed its Xbox direct marketing account. The &£3m brief for the UK, Europe, the Middle East and Africa was given to Tequila London after a competitive pitch.

EMAP Performance is to test Kerrang! Radio in Manchester ahead of the next batch of available FM radio licences. The station will go on air on February 18 and will broadcast on 97.6 FM for the next month. EMAP will trial Kerrang! Radio, which plays classic and contemporary rock, on the restricted licence ahead of […]

Many consider fast food to be fodder for the lowest common denominator. No longer, we are all in McDonald’s, but some of us are looking at the stars

The Government has been criticised by health groups, The Food Commission and Sustain, for extending its Food Welfare Scheme to include fresh fruit and vegetables without putting any new money into it. The means-tested scheme will allow pregnant women and families on low incomes to spend up to &£5.60 a week on milk and fresh […]