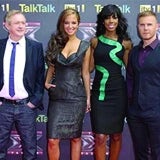 The new role is within the brand extension arm of the company, FremantleMedia Enterprises, which handles international programme distribution, home entertainment, merchandising, licensing and new media.

FME says the creation of the new marketing role has been driven by the division’s expansion of its brand extensions, which has seen the creation of a specific children’s and family entertainment merchandising division and non-TV brands such as fashion label Rebecca Bonbon and table tennis brand Hard Bat.

Schlomann will be responsible for the strategy and management of FME brands around the world – which include Neighbours, The IT Crowd and the Idols and Got Talent franchises – and global corporate marketing.

She will also be charged with unifying the marketing, PR, events and creative services departments to integrate the corporate brand and attract and retain top clients.

She joins from Viacom, where she was vice president of international brand management for Nickelodeon and consumer products. She oversaw the creative for major brand and retail strategies for properties including Dora the Explorer and SpongeBob SquarePants.

Prior to her Viacom role, Schlomann was marketing director at Universal Studios’ consumer products division.

FremantleMedia’s profits dropped 20% year on year to €72m (£63.2m) in the first half of the 2011, which it claimed was due to “general pressure on margins and volumes from broadcasters”. The company has recently dropped big programmes including ITV’s The Bill and the Australian versions of Biggest Loser and So You Think You Can Dance.

How brand bundling can help beat budget cuts and give you the competitive edge – click here to read the cover feature What can go wrong – three top marketers tell you what to watch out for Roisin Donnelly, UK marketing director and head of marketing and P&G, tells us about the brand’s collective marketing […] 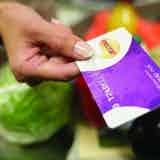 Nectar is partnering with Birmingham City Council to launch a scheme that rewards residents for positive behaviours such as recycling and getting fit. 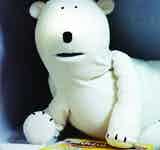 Birds Eye is to give away cuddly toy versions of its brand character Clarence the polar bear, following in the footsteps of Comparethemarket.com, which is currently running a campaign to give away its meerkat characters.