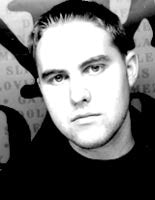 “MTV2 presents the Xfm Metal Hammer Riot” is an hour-long weekly programme to be launched on February 1 at 10pm. It will be presented by Xfm DJ’s Claire Sturgess (ex-Radio 1), Ian Camfield and an as yet unnamed rock music celebrity.

The TV, radio station and magazine tie-in programme will feature news, interviews, releases and location reports from gigs across the UK. It will go behind the scenes on tours and video shoots.

The three-year-old Xfm London radio station recorded a weekly reach of 395,000 listeners for the quarter to the end of September 17 2000, according to Rajar figures.

Xfm is also available on digital radio platforms in Birmingham, Manchester, Glasgow, Edinburgh and London, helping Capital Radio to market the station as a national brand. The station will broadcast the “Xfm Metal Hammer Riot” after its own rock show at 1am on Saturday mornings.

Xfm director of programming Andrew Philips says: “Xfm and MTV2 have always been on the same wavelength, with both providing an outlet for new music not adequately catered for in the mainstream. A collaboration always looked likely.”

MTV2, launched in 1998, is available in 5.1 million homes in the UK. It claims to have a higher proportion of 16- 24-year-old viewers than any other music channel.

Metal Hammer has an average circulation of 32,900, according to the latest Audit Bureau of Circulations’ figures for the year to the end of June 2000.

The magazine will dedicate a page a month to the programme, and all three partners will feature it on their websites.