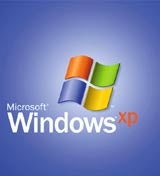 The two key features of XP which have most excited websites are Passport and Wizard. Passport enables consumers to store personal and credit card information in one place, thus making online purchases much quicker and smoother. Wizard uses push technology to alert users to special offers and other time-sensitive communications – through pop-up icons on the computer screen.

Expedia customers who use Windows XP will be able to receive messages specific to their needs through a Windows Messenger tab. Updates on news, such as flight delays and fare tracker information, can be automatically forwarded to mobile Internet applications. Expedia also uses Microsoft Passport.

These new services mean Expedia customers will for the first time be able to take advantage of Microsoft’s “.Net” strategy, which aims to make Microsoft’s software available over the Internet to PCs and to wireless devices such as mobile phones and personal digital assistants.

The Microsoft heritage of Expedia will also ensure that customers will consider adopting further Web services as .Net enables Expedia to make its platform faster, more scalable, more manageable and in line with industry standards through the use of tools such as XML.

Expedia.co.uk managing director James Vaile says: “The use of Windows Messenger alerts and Microsoft Passport is just the beginning in Expedia’s development of Web services.”

Lastminute.com will offer users the option of personalising the newly available Messenger 4.5 application on their desktop operating system, allowing them to receive pre-requested information on holidays, hotels, restaurants, tickets and gifts. The personalised Lastminute.com offer will be available as a default tab on the Messenger 4.5 application.

Lastminute.com members will also benefit from Microsoft’s Passport authentication service, which enables a faster and simpler log-in process. The launch of the Passport service is the first phase of Lastminute.com’s initiative in partnership with Microsoft.Net.

Lastminute.com chief executive Brent Hoberman says: “This is the first of many steps we are taking with Microsoft. In addition to the Messenger tab, we will also be launching applications for the Windows Passport and alert functions to ensure that Windows XP users can receive the most up-to-date, relevant information as quickly as possible.”

Virgin.com’s first XP initiative, the V.Wallet, will introduce a range of features and purchasing options designed to make buying through Virgin.com simple and secure, according to Virgin.com managing director Ashley Stockwell.

Auction site QXL.com is still finalising a strategic partnership with Microsoft based around XP, intended to deliver “an enhanced customer e-commerce experience through joint technology and marketing initiatives”.

QXL plans to implement technologies delivered within the Microsoft.Net programme, including Passport

authentication, the .Net Framework and “Hailstorm” XML Web Services. These developments will focus on enhancing the user experience for QXL’s nearly 3 million members across Europe, particularly in terms of enabling multi-device access to QXL’s auction services.

Tiny Computers says it is now supplying Windows XP on all its computers in order to make PCs easier to use for first-time buyers and reduce calls to its after-care service departments.

Tiny believes that the new operating system will help reduce calls to its technical support centre. According to services director James Sanders: “New users will not require as much help as in previous years as the operating system is more forgiving of user error.”