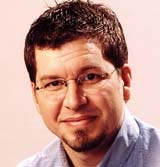 Yahoo! Europe is understood to have promoted Glen Drury, managing director of Kelkoo UK, to the newly created position of vice-president for Northern Europe, effective immediately.

A Yahoo! spokeswoman refused to comment on the appointment, as the company is officially in a close period: but it is believed that while Drury will continue to run Kelkoo UK, he will give up his other role as vice- president of business operations for Yahoo! Europe, cars and travel.

Drury was the driving force behind the launch of the Yahoo! Cars site, yahoo.co.uk/ cars, a year ago (MW February 3, 2005). The site was the first major Yahoo!/Kelkoo joint project following Yahoo!’s â¬475m (&£326m) acquisition of the shopping comparison company in April 2004.

Dominique Vidal, formerly chief executive of Kelkoo, is regional vice- president and managing director of Yahoo! Europe. Yahoo! is ramping up its marketing activities across Europe, both to consumers and to potential advertisers and agencies.