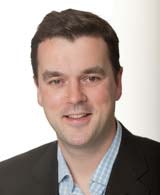 Before joining Celador in 2004, Gunning was controller of interactive programming at Flextech Television. Shepherd joined The Guardian in 2001: he had previously been Yahoo! UK &amp; Ireland product director.

Gisby says: “Over the past couple of years, we have built some of the largest and most valuable online audiences in Europe. We now want to develop our strategy to provide users with an ever-richer mix of online content.”

Both Gunning and Shepherd will be responsible for developing Yahoo!’s media offering across Europe, defining and executing pan-European strategies and developing new media partnerships and new markets for the brand.

It has just renamed its search engine subsidiary Overture as Yahoo! Search Europe, to bring it into line with the US. Yahoo! also owns the shopping comparison site, Kelkoo, the leading shopping search site in Europe.