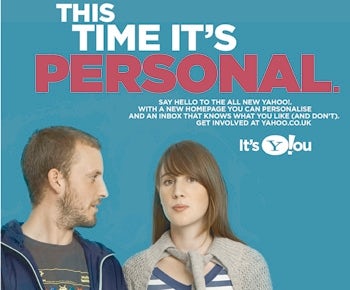 OgilvyOne was appointed by European consumer marketing director James Tipple last October without a pitch. Goodby Silverstein & Partners was named as Yahoo!’s US advertising and digital agency at the same time.

The Ogilvy Group will remain working for Yahoo! in the form of Neo, its division that handles media buying.

A spokesman for Yahoo! says: “Yahoo!’s agency approach in the Europe, Middle East and Africa region now mirrors that of the US, where a collection of key agency partners informs the direction and execution of our brand campaign.”

Fahy stepped up to take the position of VP of international marketing for Yahoo! but left to join William Hill , six months after taking up the role