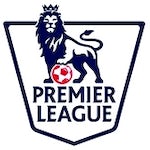 Yahoo can screen online highlights from Premier League matches for the next three seasons and will promote its exclusive content with an integrated marketing campaign using the tagline ’Miss a game? We didn’t’.

Highlights packages featuring the previous weekend’s games will be available on Yahoo just after midnight every Monday morning, with weekday games going up at the same time the following day.

Mark Rabe, Yahoo UK MD, said, “Our ambition is for Yahoo to become your home for football online, whether you’re a user or an advertiser.”

Yahoo confirmed Adidas, BT, Heineken and Sony Pictures had booked video ad slots, which will feature alongside the highlights at launch.

“For advertisers, it’s a perfect example of Yahoo’s science, art and scale: a large volume of quality video inventory reaching a potential monthly audience of over 24m users with all the tools, targeting and creative support Yahoo offers to the market,” said Rabe.