He will be replaced by UK sales director Stuart Flint, who joined the company a year ago. Flint will assume the role of country commercial director and managing director for Yahoo in the UK.

Wilman joined Yahoo in 2010 from Virgin Media sales house IDS, where he had worked for more than 10 years.

The news of Wildman’s departure comes a day after Yahoo contacted UK customers to inform them it had reorganised its European operations. From 21 March Yahoo will provide its services from a single European entity based in Ireland.

In a statement, Yahoo said of the changes: “As we have stated in the past, the structure of our business is driven by business needs and we believe it is in the best interest of our users to have Yahoo EMEA provide all services for all users in the region.

“There are a number of factors which influence such business decisions from our perspective: Ireland has an extensive data centre infrastructure that helps us serve our EMEA users in the most efficient way.

“In respect of Ireland in particular, Dublin is already the European home to many of the world’s leading global technology brands and has been a home for Yahoo for over a decade.”

Other technology companies that base their European operations in Ireland include Apple, Google and Facebook. Those companies have previously been criticised by consumers and members of parliament for funnelling their UK sales via Ireland where corporation tax rates are lower.

With regards to its tax practises, Yahoo says in a separate statement: “Yahoo pays all taxes required and complies with tax laws in all countries where we operate. We take our tax obligations seriously, and work closely with national tax authorities around the world to ensure compliance with local law.” 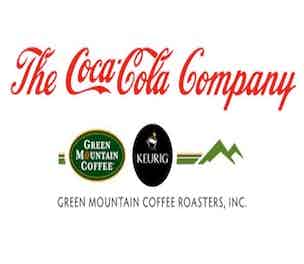 Coca-Cola is looking to move beyond supermarket shelves and into kitchens after penning a 10-year deal with Keurig coffee machine maker Green Mountain Coffee Roasters (GMCR) that will see it go head-to-head with SodaStream.