The Yellow Pages directory has undergone the most extensive redesign of its front cover in three years and is placing greater emphasis on local content.

The walking fingers logo has been redesigned to become the main feature on the cover, with three sub-headings on the front promoting “local fun”, “local menus” and “local deals”.

VisitBritain, the national tourism agency, is featured under the “Local fun” headline, while “Local menus” refers to a new feature in which restaurants can advertise their menus.

“Local deals” refers to a package that allows businesses and services to offer special money-off coupons in the directory.

The new look front cover was created by design agency ABA-design and is being rolled out across all 104 of the Yell-owned UK local Yellow Pages directories starting from this month.

Advertising highlighting the greater emphasis on the “local” focus of the directories will support the roll-out and will form part of the “huge choice” marketing campaign launched last year by Rapier. 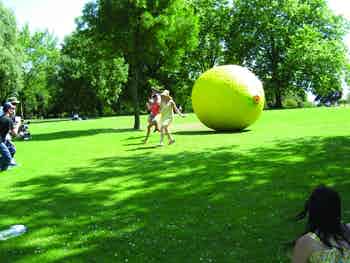