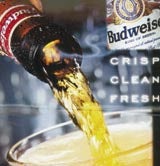 I read with interest the article entitled “Flights of Fancy” (MW October 2) and felt compelled to write to assure the readers of your publication that despite the impression given in this article, the sport of professional darts is flourishing.

The loss of tobacco sponsorship has had no impact whatsoever on the Professional Darts Corporation (PDC). As an organisation, we have added two new televised tournaments in the past two years, as well as establishing a series of non- televised events with a prize fund of more than £120,000. This has been brought about through a successful sponsorship arrangement with The Laurel Pub Company and through the recently announced involvement of Budweiser – the new headline sponsor of our UK Open Tournament.

When added to the other blue-chip names which are or have recently been involved with the PDC’s tournaments – Ladbrokes.com, Stan James, Paddy Power, Stena Line, the Irish Star, the News of the World, Holsten Pils and Scottish &amp; Newcastle, this is a portfolio of sponsors which most sports would dream of.

As anyone who has watched the television coverage will testify, darts on Sky Sports is an exceptionally entertaining and compulsive sport for viewers. The audiences on Sky continue to grow year on year (the recent Stan James World Matchplay Championship saw a 30 per cent increase in viewers for the final) and while the audiences might not be as large as those on terrestrial television, they do deliver the type of audiences that our sponsors are looking for.

In addition to this, the number of players who have joined the Professional Darts Players Association has increased five fold in the past 18 months, showing that there is also depth to our organisation.

The loss of tobacco sponsorship may have hurt some, but it has not hindered the growth of the PDC as

an organisation, nor has it impacted on the number of people who wish to play darts at the highest level.