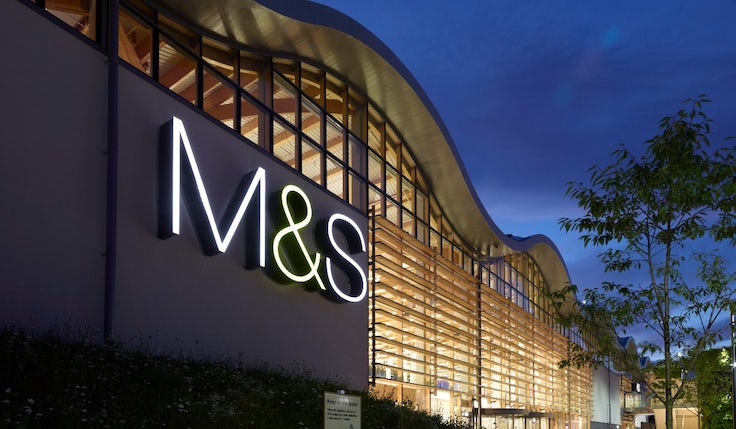 A strong focus on customers is the only way brands will be able to improve, according to M&S Food marketing director Sharry Cramond.

She was talking at an event hosted by YouGov outlining what it ranks as the UK’s Best Brands of 2021. Marks & Spencer climbed two points to second this year, which given the brand is in turnaround, Cramond said was a good indication the changes being made are resonating with customers.

“It’s clear that this is how businesses will continue to win customers over. It’s customers that mark our homework,” she said. “And it’s clear as a nation that we still love shopping.”

Cramond identified a strong focus on customers as a unifying factor between all the businesses ranked in top 10 positions.

Netflix has claimed the top spot in this year’s ranking, after 2020’s top brand John Lewis fell to fourth position in a year that saw several new trends gain traction.

The most improved brand according to YouGov is Thomas Cook, the revival of which is credited to the company’s pivot to become a digital-first travel provider.

The list of fellow brands with the most improved consumer perceptions this year also reflect lifestyle changes wrought by the Covid-19 lockdown. Media brands Disney+, Amazon Prime Video, Sky Arts and All 4 feature in the most improved top 10, as do home electricals brands Whirlpool and Hotpoint (both part of the same group) and Shark.

The rankings are based on a full year’s worth of data, collected daily, from YouGov’s brand tracker. Consumer opinions on brands are collated via six metrics – general impression, quality, value, reputation, satisfaction, and willingness to recommend – and aggregated to create a Brand Index health score.

“The top 10 is dominated by retail,” explained YouGov head of account management Angela Miller, during the webinar presentation of the results today (16 November).

“M&S and John Lewis are joined by Ikea and Boots in the list. These household names are synonymous with creative marketing strategies, having continued to maintain strong brand health through a period of consumer uncertainty.”

Companies that performed well during this period had to work hard to meet changing customer needs.

One way M&S did this for food was to focus on broadening the appeal of ranges and the quality of the customer experience, explained Cramond. M&S recognised shoppers wanted to shop safely and more quickly, so introduced scan and shop facilities, alongside other new initiatives set to remain post-Covid.

M&S on why feeling nervous is good for marketers

“All of these have delivered a real improvement in customer perception, as well as strong core sales growth and some market share gains,” said Cramond.

M&S has reduced the number of promotions it runs substantially in favour of lower entry price points and extended its dine-in offers to family-sized menus. The changes have contributed to an average basket size about 30% above pre-Covid levels.

“The intense promotions of the past have really been replaced by more personalised discounts through Sparks and customers tell us that’s really helping to increase their value perception overall,” said Cramond.

“Shopping on mobile now accounts for over half of our orders generated online. And half of those are on our own app.”

Ian Moverley, UK communications and public affairs director at Whirlpool – which took third place in the list of most improved brands – agreed that a customer focus was to thank for the company’s more favourable perception.

The brand has concentrated on clear and transparent communications, even turning a challenging product recall into an opportunity for positive interactions with customers.

Moverley explained that whenever a manufacturer announces a product recall there is understandably going to be a reputational impact. However, rather than try to make the issue go away as quickly as possible, Whirlpool decided to focus on doing the right thing for customers.

“It was an opportunity to come out of it stronger,” said Moverley. “We see our metrics higher than they were before we announced that product recall.”

Moverley insisted Whirlpool’s inclusion on the most improved ranking shows the brand’s focus on the consumer is making a real difference and will have a part to play in driving long-term loyalty.

A fellow brand on the top 10 most improved list is Octopus Energy. “Historically the energy industry hasn’t been known for its customer service and we entered the market with a plan to change that, so it’s fantastic to be recognised,” said digital marketing director Max McShane.

The brand saw all six brand health metrics in the study increase over the last year. The company has also developed its own tech platform – called Kraken – to avoid silos, aid integration and enable staff to help customers more easily, rather than transfer them to other departments.

“If you call Octopus there is a 95% chance that the person who answers the call can resolve your problem,” said McShane.

The company focuses on solving small issues, on the basis that they can be the ones which annoy customers the most. For example, the Kraken platform recognises the phone number of callers and links it to their records to personalise the music they hear if they wait on hold. After reading Spotify research saying most people favour music from when they were 14, it picks out the tune that was number one in the charts when the caller was that age.

The power of localism

Other trends identified by the panel included an increasingly local focus, driven by consumer demand as the Covid-19 crisis evolved and aided by digital communications.

“Customers were telling us what they really wanted to know about was some of the ultra-local information, like how long are the queues and do you have toilet roll and pasta?” said Cramond of M&S. The retailer asked all stores to set up their own Facebook pages to provide this detailed information.

“We were amazed how many customers were following and signing up to these local store Facebook groups. It has been tremendous,” she added. “We have 600 stores with Facebook and we have 200 stores on TikTok.”

M&S now reaches around 3 million customers a week through its store-based social accounts.

Environmental issues have also clearly been on the minds of consumers. Whirlpool saw a positive response to its commitment to recycle old products when customers were stuck at home during lockdown and their old product had been recalled.

“The messaging about environmental and sustainability issues has accelerated tenfold in recent weeks and months, but even at that time it was really important to our customers that we could deliver not only with great care to them, but also that we showed care to the planet,” said Moverley.

This sentiment is echoed in the YouGov finding that 70% of customers now recognise manmade climate change as an issue.

Octopus Energy recognises and welcomes the significant increase in consumer interest in being more environmentally conscious. Surveys from two years ago showed green issues were of minimal concern to energy customers, said McShane, whereas in the last few months there has been “a huge shift” in thinking.

The two main concerns for new customers joining Octopus are now price and the opportunity to access renewable energy.

M&S was an early entrant in the green space with its original Plan A, which Cramond says is now more important than ever.

“For us that is only going to grow. We know from our research that customers want us to make it easy for them,” she added. However, crucially, M&S customers want to see positive action to help rather than negative messages involving doom and gloom.

Netflix has reached a level of penetration it will struggle to improve, with most customers already paying premium prices, so converting those sharing passwords into paying subscribers is its biggest growth opportunity.

M&S has posted a profit before tax of £187.3m for the first half of its financial year, as its clothing and home division shows potential to “reverse years of decline”. 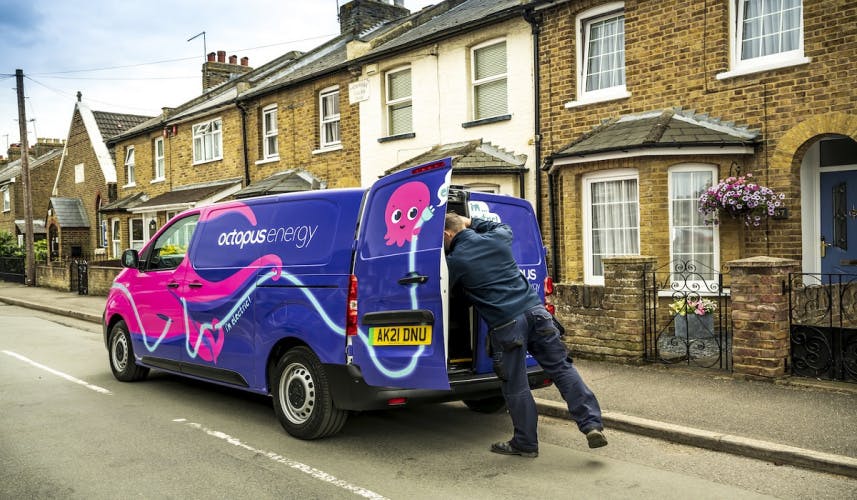 After Octopus Energy emerged as one of the strongest brands to take advantage of the turmoil in the energy sector, marketing director Rebecca Dibb-Simkin says its power lies in being “incredibly close to customers” and giving the whole business access to data.