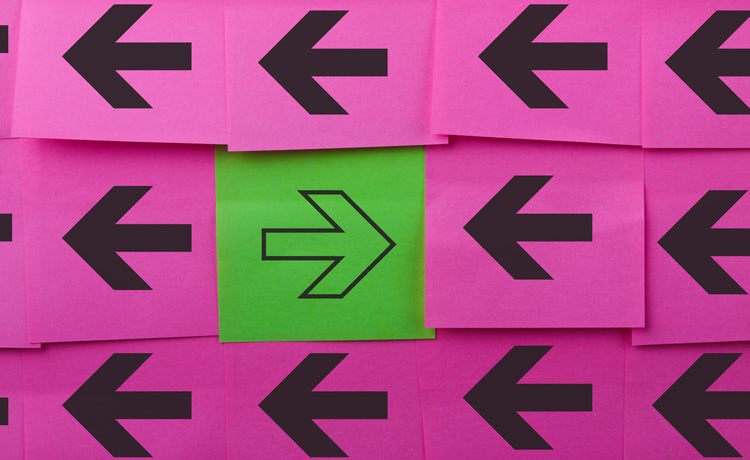 It has arguably never been a more exciting time to build a career in marketing. It is fast-paced and continually evolving, creating numerous opportunities to progress. But a recent report shows that when it comes to advancing into the top roles internally, there is a big chance you could be overlooked.

During the first half of 2017, 72% of publicly reported CMO appointments were external candidates, up from 64% during the same period in 2016, according to research by Russell Reynolds Associates. For internal appointments the study found marketers have to wait an average of 7.3 years to be promoted to CMO from the next most senior role.

Not all young marketers are pessimistic about their chances to progress. Within FMCG giants such as Unilever, for example, where marketers often stay for prolonged periods of time, young careerists are adamant that external hires are not always the way forward.

“If anything, I feel that chances to progress and get promoted are high, since companies are increasingly looking for brand marketers that have managed a number of projects and are faster to adjust,” says Thomas Blomme, brand manager of Knorr Cooking at Unilever.

“In the past four years, I’d say that on average one in three roles was filled externally. But most of these were for sales jobs or functions requiring a specific skill, such as creatives hired from agencies or digital experts.”

There are a lot of pitfalls and sacrifices to get to the top rung of the ladder, and quite rightly, this isn’t something that everyone is interested in pursuing.

Despite this optimism, there is a sense among marketers that career progression has become a lot less clear, with some worried about making the “wrong” decision and getting stuck in a role where there is no opportunity to move up.

READ MORE: The big debate – Is CMO succession in crisis?

Nicola Davy is global head of brand communications at the Cambridge Satchel Company and has spent the past 12 years working in both agency and in-house roles. She believes the route to senior positions has changed since she started out as marketing has become “increasingly multi-dimensional”.

“It is not as linear as it once was which on the one hand is incredibly exciting, as you can choose the roles which interest you most rather than the ones which take you in a certain direction. But on the other hand it is confusing. Too many options can become debilitating,” she says.

Marketers have done a lot of work over the years to distance themselves from being ‘the colouring-in department’, instead promoting the fact that marketing is central to driving business growth.

However, it is still a common misconception according to young professionals, so marketers must do more to prove themselves as business minded, which means upskilling where needed. Failing to do so will hinder career progression.

“I am embarrassed to say that until I joined Deliveroo, my confidence and ability at crunching data and critical analysis were miles away from where they needed to be, and it’s something I’m working hard to catch up on now,” says Alice ter Haar, international marketing manager at Deliveroo.

“I imagine this could cause marketers who are not that interested in ‘the numbers’ to become disillusioned, as I can’t think of any very senior positions where this isn’t something you’d need to be highly competent at and interested in.”

READ MORE: Specialists, not brand managers, are the future of marketing

Zoe Brimfield, senior brand manager at Alpen, agrees. She believes creative elements like developing a TV campaign only make up 10% of a marketer’s job, while “the rest of it is much more strategic and commercial”.

“We get caught up in a campaign or innovation and don’t think about the whole process. That’s a bit of a stumbling block for some people. I have to know the ins and outs of a P&L at any stage, and be able to talk about the business performance of the Alpen brand. [It’s about] fully understanding how a campaign or product launch will make money for the business, and what’s in it for retail partners and customers,” she says.

A lack of support 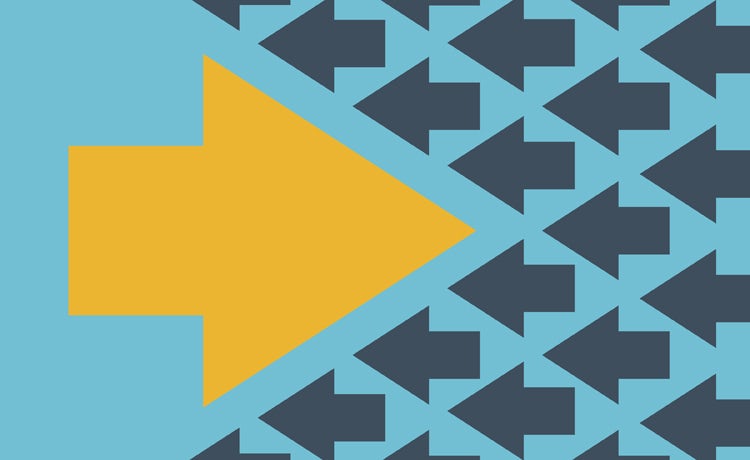 Unsupportive bosses are another challenge facing younger marketers. Visha Naul, industry partnerships lead for B2B marketing at YouTube, claims that if she had a pound for every time she heard someone say they don’t have any career development and support from their boss, she’d “be able to buy her dream house”.

“If you are lucky enough to work with an inspiring leader that genuinely cares about providing guidance for the next generation then you are onto a winner,” she says.

Besides obstructive bosses, a lack of clarity when it comes to networking also seems to be troubling young minds. Anne-Lise Johnsen Robb, product manager of the youth division at Arsenal Football Club, believes the CMO role can feel “far away” as young marketers don’t always get a lot of exposure to more senior people. At the same time, she believes it’s hard to get noticed.

“I don’t really understand how you can go about that journey [and progress] without knowing the right people. We are so digitally-minded these days, so people who know how to network in the traditional sense definitely have an advantage,” she says.

We get caught up in a campaign or innovation and don’t think about the whole process. That’s a bit of a stumbling block for some people.

To overcome this challenge and raise visibility within a business, it’s important to be proactive when it comes to “talking to the right people”, says Alpen’s Brimfield. Quick coffee meetings can be hugely advantageous.

“You could be sat at your desk doing the best job in the world, but if you don’t tell anyone what you’re doing or no one sees the outputs to your work, you’re not actually showing everyone what you’re capable of. Don’t be afraid to try new things and ask for people’s opinions,” she says.

Young marketers also see the value of joining industry organisations such as the Marketing Academy, WACL, NABS and the IPA, which could offer networking opportunities and provide ways to meet more senior marketing leaders.

“And if you don’t fancy that, then be a part of a network and surround yourself with people that want the same thing – career growth in marketing. Quite quickly you’ll have your own bunch of cheerleaders that can offer advice and support, as well as an outlet to rant,” YouTube’s Naul says.

Shrinking appetite for the CMO position

The CMO role is perhaps not as coveted as it once was among young marketers, who feel it isn’t possible to have a family and do the role justice, or maintain a healthy work/life balance. Others believe marketers would rather move into general management roles instead.

“At Unilever, I’d say the power is shifting more and more towards the category heads, which tend to run their cluster as ‘CEOs’ with a lot of marketing responsibility. [Chief marketing and communications office] Keith Weed is responsible for setting the direction and the process to develop good marketers, but it’s the category heads implementing it and translating it into brand strategies,” Blomme says.

“There are still a number of [marketers] that want to become CMO. But there’s a bigger appetite to move into general management roles with a split between marketing and business development responsibilities.”

And while the CMO position might still be identified as a goal for the most ambitious marketers, others prefer to forgo becoming a generalist.

As Deliveroo’s ter Haar concludes: “There are a lot of pitfalls and sacrifices to get to the top rung of the ladder, and quite rightly, this isn’t something that everyone is interested in pursuing. They’d often prefer to become experts in the specific field that they love instead.” 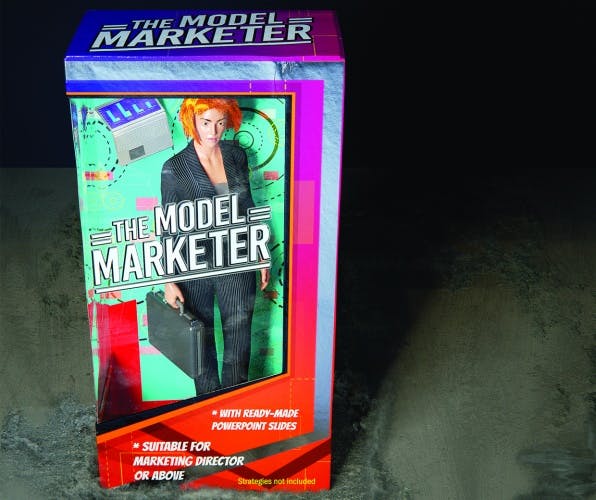 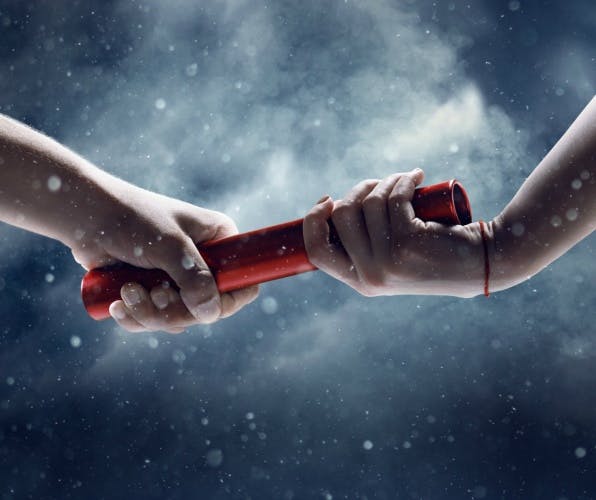 New data shows that CMO succession planning is a “major challenge” as the proportion of external hires soars.