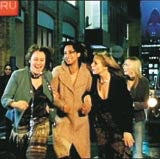 The forthcoming changes to the licensing laws, which will end “drinking-up time”, have raised much interest and debate about the drinking and socialising activities of young British people, but new research from radio network Galaxy shows they may have more responsible attitudes to drinking that previously thought.

The A Night Out survey, which was carried out in conjunction with on-trade market research company CGA-Centre and the Bar Entertainment &amp; Dance Association (BEDA), looks at what 18- to 35-year-olds like to do on an evening out. It provides an interesting insight into their behaviour for marketers targeting this often hard-to-reach age group.

The results show that respondents, who were Galaxy listeners in the Midlands and the North, do try to drink responsibly and put personal safety high on their list of priorities when travelling home.

On a typical night out, nearly half of the respondents will have planned their destination a few days in advance; just 26 will have made this decision spontaneously. Clearly, “the big night out” that requires days of planning it still a big part of young people’s lives. With 65 per cent of the 9,000 evening venues in the UK opening past 11pm, there is plenty of choice of where to go, although 77 per cent said they preferred to drink in bars with live DJs playing.

The survey group unanimously preferred DJ bars and clubs to cocktail bars and restaurants, with 68 per cent saying they regularly paid to gain entry into venues such as these, with over half paying less than &£5. In the course of a night out, nearly half of respondents will spend between &£20 and &£40, and over 26 per cent claim to spend more than &£40.

According to the research, price rather than preference is the deciding factor for choosing what to drink. Of those surveyed, 84 per cent say they are usually influenced by price, but just 17 per cent stick to the same drink all night. Despite this, just half of the respondents claim to get drunk. It appears that the respondents drink responsibly, or like to think that they do, with 64 per cent saying they keep track of how many drinks they have had.

Interestingly, over 60 per cent of respondents do not smoke, though over 65 per cent say smoking in a venue does not bother them. However, half of those surveyed say they would support a ban on smoking in bars, pubs and clubs.

A majority of the respondents – 68 per cent – plan their journey home in advance. Nearly 80 per cent use taxis and 3.3 per cent use public transport. They believe that safety comes in numbers – 88 per cent feel safer in the company of friends. Perceived safety inside venues is even higher: 95.3 per cent say they usually or sometimes feel safe.

Where respondents were aware of initiatives, it was factors such as a “more visible police presence” and “CCTV and lighting” that achieved greater recognition.

The research shows that awareness levels of the dangers of binge drinking have increased and it is interesting that the number of respondents going out two or three times a week has dropped by two per cent and the number of those going out just once a week has increased by the same amount. It is also interesting that a majority of respondents claim they drink about or less than their weekly quota of units, which according to government guidelines is 14 units for women and 21 units for men.

With concerns growing over the level of binge drinking and steps being taken to curb it in the White Paper on health, this would be welcome news for the Government.