Brand Britain has been at a low ebb in recent months. The inability of the country’s infrastructure to cope with the cold snap caused major disruption to tourists and commuters alike.

Meanwhile, the coalition government sparked riots among the country’s youth, after announcing plans to increase university tuition fees to as much as £9,000 a year.

Brands have been targeted by the public’s anger too, with consumers hitting the high streets to campaign against alleged tax avoidance by retailers such as Vodafone, Boots and Topshop.

And, as other nations around the world look on, it has to be said that these events have done little to boost Britain’s image. However, despite being steeped in potentially harmful publicity, FutureBrand’s latest country brand index lists the UK in ninth place in its 2010 ranking released in November, down one place on last year. But it compares favourably with the US, for example, which dropped three places to number four for 2010.

Tom Adams, chief digital officer at FutureBrand, says that bad weather or riots won’t dent our country’s popularity as a brand or destination for business or leisure travellers.

“Over the past few years, we haven’t seen a significant move in brand UK and we wouldn’t expect to. A single event or issue is not enough to significantly damage people’s perceptions,” he says.

Contrary to recent negative press, several forthcoming events in the British calendar may do much to boost the perception of Britain around the world. One is the impending marriage of Prince William to Kate Middleton. The wedding, much like that of Lady Diana Spencer to Prince Charles in 1981, is expected to attract widespread media interest and draw crowds from all over the world.

Laurence Bresh, marketing director for VisitBritain, is confident the Royal Wedding will be a major draw for overseas visitors.

“What we’ve seen by the massive excitement in the media and across the world is that there is great interest in the British monarchy,” he says. “It’s worth £500m to the economy already and we hope this is set to increase.”

Adams says the event will remind tourists of Britain’s great heritage. “Coverage of the wedding will showcase central London and its buildings, such as Westminster Abbey – all of which are iconic symbols of brand UK. It’s going to reinforce already strong perceptions of heritage, culture, history and art,” he says.

The wedding will provide the retail sector with an estimated £620m boost, according to retail analyst Verdict. Brands are rushing to produce souvenirs. Asda, for example, has announced plans to sell its own wedding mugs and jeweller H Samuel has designed a replica engagement ring.

Twinings, the British tea brand that already boasts a royal warrant, is hopeful the event will provide a boost to retail revenue. UK marketing director Sean Summers explains: “The beautifully chosen timing of this wedding to follow on from Easter means that the public will be in celebratory mood. I would expect to see sales uplifts on previous years as families enjoy the bonus of an extended break.”

Darren Neylon, marketing, ecommerce and commercial director at Superbreak, which organises all-inclusive short breaks to UK destinations, agrees the Royal Wedding will undoubtedly be a boost. Neylon has designed packages for the wedding weekend to suit a variety of budgets and tastes that will be sold through travel agents, media partners such as The Times and tourist boards such as Visit London. He says: “What this broad-ranging experience does is satisfy all these distribution channels. Driving sales up for us is also driving sales up for them.”

Likewise, Twinings will be using the event to provide a traditional experience for its customers, says Summers. “We anticipate that the hospitality sector will create special events to mark the occasion and replicate it, such as wedding breakfasts or afternoon teas, which Twinings hopes to play a key role in delivering,” he says.

Such traditions help the UK to score well in FutureBrand’s research, ranking it at seven in the top ten country brands when it comes to heritage and culture.

Many countries continue to be fascinated by our traditions. Visitors from the US will hopefully be encouraged to book longer holidays here, says Bresh at VisitBritain. “Collectively the Americans are the highest spenders by far when they come to the UK and they always go crazy for mementos,” he adds. “This extra publicity around Kate and William’s marriage is hopefully going to accelerate that trend.”

Adams at FutureBrand says the UK can also follow the example of other nations when looking to boost its image. He cites Canada, which ranked at number one in the country brand index last year and was second in 2009, as a good example of how a country should capitalise on an event.

He explains that when Canada hosted the Winter Olympics and Paralympics in Vancouver last year, it did an enormous amount of work to closely connect its country brand with its activity in the games. “For example, everything from small but important tactics were covered, such as giving out red mittens to all the spectators, which had the Canadian maple leaf flag on one side and the Olympic rings on the other.”

He adds that crucially, British brands stand to benefit from high-profile events. “Obviously, Britain is very keenly associated with all sorts of very well-established fashion and media brands. More visitors mean more potential for those people to spend money. When people think of a place, they think of its brands and when they go to a place, they seek them out,” says Adams.

VisitBritain will use the Royal Wedding as a jumping-off point for its 2011 marketing campaign, likely to focus on digital media and partnerships. The campaign, to start in the spring, aims to get 1 million extra overseas visitors over four years. It will feature the two big events of 2012: the Queen’s Diamond Jubilee celebrations in June and the London Olympics and Paralympics from July to September.

There are also numerous sporting events in the pipeline, which will help to overcome any negative images of Britain following England’s failure to win the 2018 World Cup bid, says Bresh. “We have a world class calendar of sporting events with or without the 2018 World Cup. We’re preparing to host the Glasgow Commonwealth Games in 2014, the Rugby World Cup in England in 2015 and the Cricket World Cup in England in 2019,” he says.

Brands such as Superbreak are also hoping to cash in on the upcoming Olympics within the strict ticketing and sponsorship rules.

“We’ll provide a broad experience, not only for the Olympic event, but for the city itself. That’s proved to be something that previous Olympic cities have generated a lot of revenue from – selling their other wares,” Neylon says.

With the recent VAT rise to 20% and the continued fallout from the government spending cuts, brand Britain continues to face challenges in 2011. However, with the right leveraging of global media events, it can ensure a strong and positive brand – weather permitting. 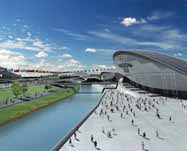 The London 2012 Olympic and Paralympic Games have the potential to rebrand Britain to the world. Like Sydney and Barcelona before it – the Spanish city used the Games as a catalyst for regeneration, helping to turn it into one of Europe’s most sought out tourist destinations – London will have the opportunity to remind the world who its people are and what it stands for.

It is also a chance for the coalition government to create a feeling of unity and pride throughout the nation, at a time when public confidence is at an all-time low due to heavy spending cuts.

According to John Armitt, chairman of the Olympic Delivery Authority, the public body responsible for developing and building the venues and infrastructure for the Games, volunteering is seen as one of the potential legacy benefits as it gives people the opportunity to be involved in something.

He says that so far 250,000 people have registered their interest in being one of the 70,000 volunteers needed for next year’s event.

Armitt sees the global sporting event as an opportunity to motivate communities around Britain. “In 2009 there were 700 different events organised around the country by local bodies wanting to feel that they were part of the Olympics,” said Armitt at a panel debate organised by PR agency Edelman.

“That is the biggest thing that you get out of the Olympics, that opportunity to inspire people through what happens on track, but clearly to try and take that [out] in a wider sense.”

There are hopes that the multisport tournament will also propel forward prime minister David Cameron’s vision of the Big Society, helping to restore public support for the government. The flagship policy idea of the 2010 Conservative Party general election manifesto aims to create a climate that enables local people and communities to “take power away from politicians and give it to people”.

However, Armitt is realistic about the Games in the wider context of the Big Society, saying/ “We must accept that the Olympics are rather exceptional and some volunteers will be disappointed that they’re not handing Usain Bolt his tracksuit, but putting the next roll of bog paper in the toilet.” 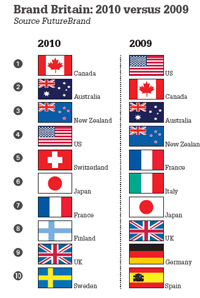