Back in 2009 when Evian posted its “Rollerbaby” spot online an overwhelming proportion (99%) of views came from YouTube. Fast forward to last year and its “Baby and me” ad and that figure has dropped to 60%.

The main cause of that disparity seems to be Facebook. The social network was previously happy to host videos by other networks, YouTube included. Now, however, it has its own video hosting service and is courting brands, convincing them to upload their videos direct to its site rather than relying on a YouTube embed. 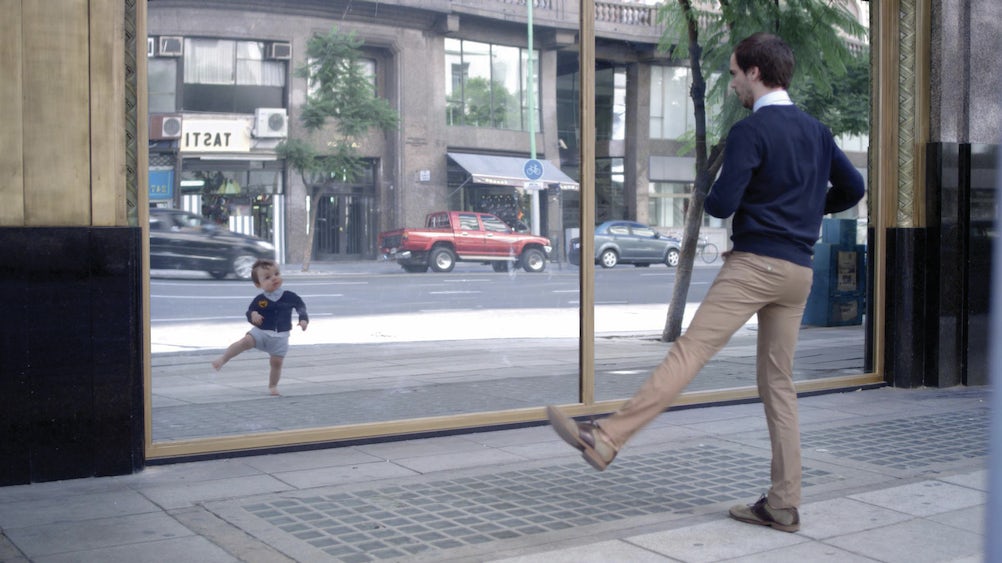 Facebook has also reportedly been trying to poach YouTube’s star talent – the likes of Zoella and PewDiePie – according to the Wall Street Journal.

It’s a tactic that appears to be working. The John Lewis Christmas ad saw 40% of its views come from Facebook in the first 24 hours after it was launched.

And in terms of viewing shares for the John Lewis ad, Facebook actually dominated – accounting for 76.9%, according to figures from video ad tech firm Unruly.

Facebook is not the only threat. As TubeMoguls’ Ian Monaghan highlights, YouTube’s successes in part lay in its ability to bring together a fragmented market and create a site that was stable and worked for both users and for content creators.

The likes of Metacafe and Vimeo all tried to be the go-to content portal but were either “too niche or overcomplicated”, he says.

“After a decade, YouTube faces more challenges than ever before. Short-form video platforms such as Vine and Instavideo have brought mobile production and GIF-style looping into the social video toolbox.

“These innovations, alongside alternative video sites like Vimeo, have led to an increasingly fragmented video ecosystem, meaning YouTube’s dwindling share of voice will only go down further in 2015.”

“Our core purpose is creating a platform that allows people to share their content and engage with other people interested in that content faster and better and more easily than they can do anywhere else.”

Ben McOwen Wilson, YouTube EMEA director, says the company sees competition as a good thing that ensures it focuses on its core purpose “creating a platform that allows people to share their content and engage with other people interested in that content faster and better and more easily than they can do anywhere else.”

He also highlights a key difference between its site and some of its other competitors.

“Lots of other people do video in interesting ways, different ways. One of ours is we don’t have autoplay, the choice of what to watch is driven by users. We don’t force them to watch anything and that’s true for ads and content.

“That is very central to our promise to viewers and to brands and creators,” he says.

Socialbakers’ CEO Jan Razeb believes the increasingly social nature of the web also poses a challenge to YouTube. Social has never been Google’s strong point – it’s a company good at algorithms not connections.

There’s no doubt that YouTube is the best place to go to search for content and has a strong recommendation engine that keeps people on the site.

Yet discovery remains a problem. SocialBakers’ CEO Jan Razeb says YouTube is suffering because there is no feed of stuff that people can flick through and pick out what they want to watch.

“It’s good for users if they know what they want to see. But YouTube is not a social network it’s a platform,” he adds.

McOwen Wilson says personalisation and targeting is a key focus for YouTube and that its work so far has led to big success. He says the opportunity for YouTube is in keeping people on the site once they’ve clicked through.

“We are really good at keeping viewers in our experience because we know what they want is different from anyone else.”

“The shared experience is when you click on the link that someone has emailed or listed in a blog. You come to YouTube and that is the opportunity and we are really good at keeping you in our experience because we know what you want is different from anyone else.

“If you and a colleague sitting opposite each other come to the site and watch the same video the recommendations and videos you watch next will be different. It’s an intensely personalised experience that doesn’t feel forced or fake. That is one of our real strengths – its not spooky,” he says.

Pete Markey, CMO at the Post Office, says YouTube’s challenge as a platform is its “commerciality and application”.

“Is it essential to the marketing mix or just ‘nice to have’? And can it truly work for all sectors? Fine I want to watch the new Avengers movie trailer but do I really want to watch a 20-minute video on fitting loft insulation?”

The job for YouTube is to explain to brands why it should remain the go-to video destination for their content. Richard Armstrong, founding partner at content marketing agency Kameleon, claims 50% of all content uploaded by brands achieves less than 1,000 views.

“That’s a shocking statistic to some extent. But the point of it really is that brands need to realize its about creating content and understanding the power of YouTube as a platform and from a distribution point of view,” he says.

He claims that if brands drill down and look at campaign results they’ll find YouTube has a much more engaged audience than Facebook. However sometimes brands become bogged down in the excitement of millions of views and creating the next viral video hit.

“If you look at the results Facebook delivers you’ll find they classify a video view as three seconds. That’s people scrolling through the news feed and clicking on a video or it autoplaying. In reality is that really a view? Does it add any value or engagement?”

Markey says YouTube is missing some “hero case studies” of how its use as platform has generated strong ROI. It still has a challenge as to what part it plays in the mix, he adds.

“The best examples I have seen are when YouTube works as a companion channel to others not as a standalone – this is a real challenge if YouTube wants to take more spend away from traditional channels,” he adds.

McOwen Wilson says its focus is on helping brands build a really solid content portfolio that helps them link to the conversation.

“A couple of years ago brands were asking the question ‘do we make a viral hit?’ and why not. But if you look at some things that have been viral in the branding world they are the result of a lot of effort.

“Volvo Trucks’ Jean-Claude van Damme spot was the result of an enormous amount of work they had done on YouTube for a number of years before – a huge amount of less sexy content – that showed the real value of their trucks and is their core content.

“We’ve done a lot of work on what it is in that first 10 seconds that is going to make someone say ‘that’s hilarious/terrible/incredible’ but it has to be on top of a base of really solid sound content that helps link them into the conversation that will inevitably be happening around their product or category,” he says.

As advocacy groups in the US call for further regulation of advertising on the YouTube Kids app, marketers in the UK can learn some lessons in creating clear advertising to avoid similar controversy according to legal expert Dan Smith.