Staying at the heart of the ‘creative revolution’

Technology has meant more and more people have the ability to film video in their palm of their hands. Equipment that might have cost thousands of pounds 10 years ago is now found in most people’s smartphones. That means ordinary people have been able to create their own footage, while brands have been “unleashed”.

“YouTube has found itself at the centre of a creative revolution. Technology has meant anyone that has got a phone capable can try their hand at producing videos. We’ve not directed it or demanded it but creativity is being unleashed,” says McOwen Wilson.

“Brands have taken advantage of that. The 30-second spot is not the thing that has been leading on YouTube, it goes way beyond that. Brands are not constrained by the time limit TV imposed and they are creating formats that didn’t exist on TV, were not possible, wouldn’t have found shelf space for distribution.

“This is not what the founders set out to create but YouTube found itself as the world’s water cooler for video.”

Brands all want to have the next viral hit – to be the next Three #SingItKitty or Volvo Trucks (see video below). However, YouTube is working on how brands can make a viral hit a part of their wider marketing strategy – building up a strong community around their product or category first.

“A couple of years ago brands were asking the question ‘how do we make a viral hit?’ and why not. But if you look at some things that have been viral in the branding world they are the result of a lot of effort.

“Volvo Trucks’ van Damme spot was the result of an enormous amount of work they had done on YouTube for a number of years before – a huge amount of less sexy content – that showed the real value of their trucks and is their core content.

“We’ve done a lot of work on what it is in that first 10 seconds that is going to make someone say ‘that’s hilarious/terrible/incredible’ but it has to be on top of a base of really solid sound content that helps link them into the conversation that will inevitably be happening around their product or category.

“We are trying to help brands do that. The conversation is happening whether they are a part of it or not what we give them is the ad products that allow them to be part of that guidance.”

Staying ahead in tech

Much of YouTube’s success has been centred around its ability to stay ahead of the technological curve so that when the ‘next big thing’ comes along it has the tools and software to offer to brands and marketers.

It has recently launched 360-degree videos and the capability to load 4K videos to the site and is looking at new areas such as augmented reality.

McOwen Wilson says: “Our job is around pushing and making sure we offer the greatest tech capabilities to creators. [This technology] might not be in the hands of everyone at the moment but as the cost to create that content becomes accretive and broadband more prevalent we can make sure the site is the easiest place in the world to share content.

“When the pretty unremarkable ‘me at the zoo’ video went up it wasn’t amazing content but what was amazing was that it simplified the process of sharing content with anybody interested in the same topic.”

“When the pretty unremarkable ‘me at the zoo’ went up [the first video on YouTube] it wasn’t amazing content but what was amazing at the time was that it simplified the process of sharing content with anybody interested in the same topic. Brands are taking simple [tech advances] and taking them in new ways we never dreamed of.

“Augmented reality is one of the things we are looking at. It’s an easy extension from 360-degree uploads to see how creators could start using Google Cardboard [Google’s augmented reality tool]. It’s relatively low cost so available to the widest possible audience base.”

Personalisation is a key focus for all brands as consumers increasingly expect to be offered content that is relevant to them. YouTube has offered content recommendations for some time but is working on finetuning the types of both videos and ads they see dependent on factors from their location and the time of day to videos they’ve previously watched and what other viewers are watching.

“People don’t come and only watch one video. If you and a colleague are sitting opposite each other, come to the site and watch the same video the recommendations and videos you watch next will be different. It’s an intensely personalised experience that doesn’t feel forced or fake. That is one of our real strengths – its not spooky,” says McOwen Wilson.

For advertisers, YouTube has recently released TrueView – an ad tool that means brands only pay when people actually watch an ad. McOwen Wilson says all of the top 100 global brands are using the tool, which allows them to choose how they are target ads from genre driven to audience driven.

The online video space is becoming increasingly competitive as everyone from Facebook to Twitter and Snapchat up their focus on the space. There is also competition from the likes of Netflix and Amazon – who are attracting viewers with premium content.

McOwen Wilson says competition is a “good thing” because it ensures YouTube focuses on its core aim.

“Competition helps us remember what we need to focus on but the core for us remains the same – creating a platform that allows people to share their content and engage with other people interested in that content faster and better and more easily than they can do anywhere else.”

Plus he highlights a key difference between its site and some of its other competitors.

“Lots of other people do video in interesting ways, different ways. One of ours is we don’t have autoplay, the choice of what to watch is driven by users. We don’t force them to watch anything and that’s true for ads and content.

“That is very central to our promise to viewers and to brands and creators,” he says.

Brands have started to realise the power in tying up with some of YouTube’s video bloggers. The likes of Zoella and PewDie Pie get millions of hits on their videos and have a hugely engaged audience.

When TopShop recently tied up with Zoella, a discount voucher she offered was redeemed by 40% of people watching the video. Compare that to the tiny percent of people that click on banner ads. 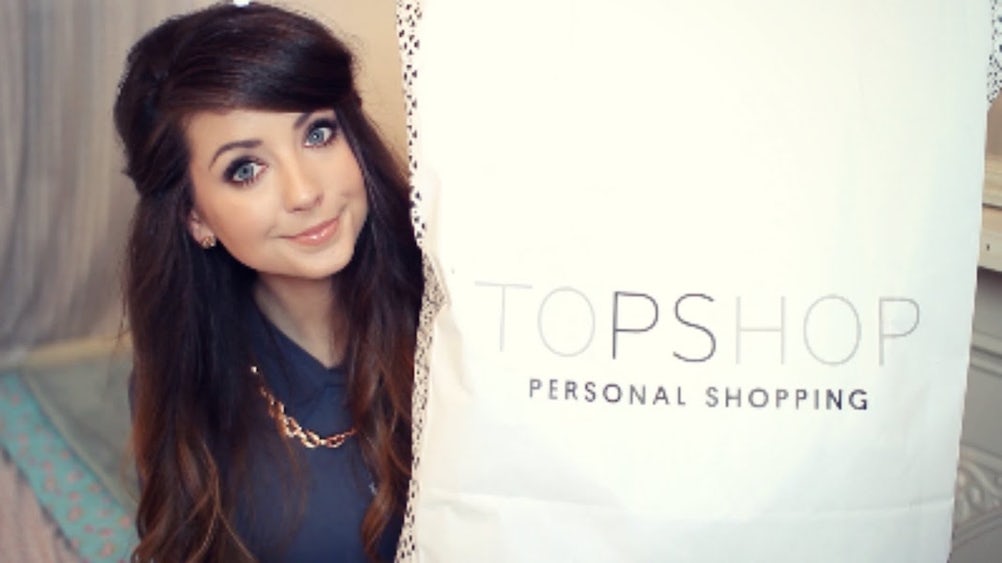 YouTube is building out its content creator network – most recently opening a studio in Berlin that offers them a space to try out new techniques and share and work with other vloggers. It also wants to get more brands on board and has been running workshops with companies such as Asda.

“Brands are awakening to the relationship that lots of our successful talent has with their audience. Those guys have a very different relationship than the traditional movie star – its authentic, direct, two-way.

“YouTubers want to work with brands they are authentically connected with if they’re going to recommend a product. That remains a bar brands have to clear and it’s a harder pitch than writing a cheque,” says McOwen Wilson.

“What we will continue to push in the UK is that we’ll be very active with a full range of partners and work with brands on our core ad products – Google Preferred and TrueView – but also on the unique YouTube piece around being able to work with creators.”