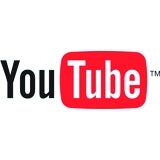 YouTube users are asked whether they want to skip the ad after five seconds. Advertisers are only charged if the ad is watched in full, or for at least 30 seconds.

Despite users being able to bypass the ads, Google says testing had shown view-through rates – where users have watched ads in their entirety – of between 20% and 70%.

The “TrueView” ads have rolled out in full in the US and are available to UK brands and agencies on request.

Electronic Arts, Lionsgate Films and Virgin Media are among the first advertisers using the format in the UK, which according to Bruce Daisley, UK head of YouTube and display, compares to Google’s most successful ad proposition and demonstrates the effectiveness of high-quality video ads.

“The exciting thing is that we think we’ve hit the AdWords of video,” he said. “It makes creativity in video advertising measurable,” he adds.

Daniel Brown, associate director at Electronic Arts’ media agency MediaCom, says: “If people aren’t receptive to our ads, we don’t want to pay for them. TrueView ads halved our wastage in tests we ran and will provide further insight to how we can engage our audiences creatively.”

Last month, YouTube said its users upload 35 hours’ worth of video to the site every minute.