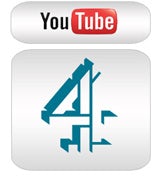 The two have been in talks for several months and are expected to sign a deal imminently.

Channel 4’s content is expected to be branded in the same way as Channel 4 On Demand, the broadcaster’s online catch up service.

The Google-owned site has similar tie-ups with US broadcasters but it would mark the first of its kind in the UK.

In February this year, the Competition Commission vetoed Project Kangaroo, a deal between the BBC, ITV and Channel 4 to make programmes accessible via a shared on-demand platform.