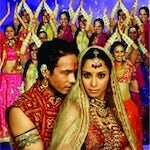 YouTube has launched a Movies section featuring more than 400 ad-supported and on-demand titles, including Bollywood, comedy and classic titles such as Ken Loach’s Cathy Come Home and Animal Farm.

Google is looking to extend the catalogue in the near future. YouTube has a similar service in the US with MGM, Lionsgate and Sony Pictures.

Donagh O’Malley, YouTube’s head of video partnerships, said, “This is one of many efforts to ensure people can find all the different kinds of video they want to see, from bedroom vlogs and citizen journalism reports to full-length films and TV shows. This is a first step and we hope film lovers enjoy the wide range of titles our partners have made available.”

Michael Comish, CEO of Blinkbox, said, “The size and scope of YouTube’s audience is immense and this exciting tie-up allows us to reach film fans and potential viewers outside our usual audience.”

The deal extends Google’s long-form strategy for YouTube in the UK, which has seen it work with Channel 4 and Five. It comes as Blinkbox rival LoveFilm signed a distribuition deal with movie studio MGM.