We are edging ever closer to the festive period, which means that most Christmas campaigns have been gracing our screens for yonks.

So how have they been performing? YouTube has released its top 10 Christmas ads in the UK to shed a light on the issue. The list is determined by an algorithm that factors in organic and paid views, watch time and audience retention.

And the most popular Christmas ads are as follows…

John Lewis’s Christmas campaign has faced mixed reviews from the marketing community, and recent research shows that Amazon outperformed the British retailer. Yet its campaign still blew its competitors out of the water on YouTube, racking up more than 9 million views.

The two-minute advert tells the story of a young boy called Joe who is kept awake by a seven-foot imaginary monster called Moz who lives under his bed.

Second on the list is Marks & Spencer, which partnered with Paddington bear to create a “feel good” ad.

Tying in with the launch of the new Paddington film, the campaign sees the well-known bear unknowingly save Christmas for friends and neighbours when he mistakes a burglar, who has stolen everyone’s presents, for Santa. He goes about diligently helping him deliver the presents back where they belong, at the same time showing the burglar the error of his ways.

Sainsbury’s Christmas campaign was a bit of a Marmite option among the Marketing Week team – you either love the sing-a-long, or you hate it.

The campaign, ‘Every Bit of Christmas’, centres around an upbeat festive song written specifically for the ad that talks to the best aspects of Christmas from pigs in blankets to novelty socks and Brussels sprouts.

It features members of the public and Sainsbury’s colleagues singing along, as well as cameos from festive favourites Ricky Tomlinson and Kermit the Frog.

A perhaps more unexpected appearance on YouTube’s list is online retailer Very. The ad follows the story of a little girl who spreads festive cheer by giving pink-wrapped gifts. She is always accompanied by Ulfie, her much-loved toy wolf. With each gift she gives, we see her happily cross yet another name off her list until it’s bedtime on Christmas Eve and there’s just one name left.

She leaves her bed to deliver the present, and loses Ulfie and the present along the way. She awakens on Christmas Day to find Ulfie still missing, but quickly spots the pink gift box that’s mysteriously on her window ledge. She opens it to find Ulfie and the final name magically crossed off her list – Santa.

For this year’s festive ad, Argos decided to enlist the help of elves. Its #ReadyForTakeOff campaign shows an elf racing through the snow to make sure a robot dog toy is put on the back of the delivery plane. The aim of the ad is to promote the retailer’s Fast Track Same Day delivery option, through which gifts delivered within four hours. People seemed to enjoy it at least, as the ad peaked at three million views. 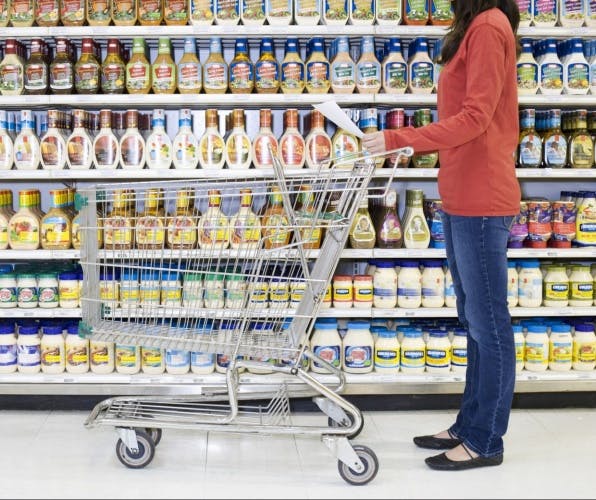