According to a report by Pixability for YouTube, brand channel subscriptions are up 47% year on year while views of branded content for the top 100 brands have nearly doubled in the last 12 months.

Collectively the top 100 brands (identified using Interbrand’s rating) are uploading a video to YouTube every 18.5 minutes and have an average of 2.4 channels.

Meanwhile, in Google’s results call on Thursday (16 July), chief business officer Omid Kordestani claimed YouTube viewing is growing at the fastest rate “for a couple of years” with watch time up 60% year on year.

The average mobile viewing session increased by 50% to more than 40 minutes, while he also claimed the number of users coming direct to YouTube “in the same way they might turn on their TV” was up three times year on year.

That increase in viewers, Kordestani said, meant more brands are also heading to the site. The number of advertisers running video ads on YouTube is up by 40 while for the top 100 advertisers on the site (by media spend) the average spend is up 60%.

Ruth Porat, Google’s new CFO, backed up Kordestani’s figures. “Our focus is the opportunity to get the larger budgets to move to YouTube,” she said.

It’s no secret that YouTube is going after TV. It has invested millions in its channel strategy to bring some coherence to the thousands of videos uploaded to the site every day.

Kordestani’s comments suggest that is paying off as more people come to the site to discover content not just watch a link.

Sandra Peat, strategy director at content marketing agency The Moment, says online video generally and YouTube in particular are a “real and present threat” for broadcast and TV channels. She admits that while TV is still important, it doesn’t have the monopoly on reaching audiences it once did.

Indeed YouTube claims that it reaches more consumers than any individual US cable network for the 18-49 demographic.

“For some audiences, specifically Millennials and Gen Z, TV can look like a very poor option indeed compared to online as audiences fall away and the cost of production for TV ads stays relatively high,” says Peat.

“Content that drives conversation is the ultimate test of engagement and success for brands. It’s the channels that deliver this among their audiences that will have the ultimate success. To this point, it’s YouTube (and other digital channels) that seem to be having the most success on this front, particularly among younger audiences.”

Despite Google trumpeting YouTube’s success and desire to steal ad dollars off the big brands, it is still some way behind TV. Google doesn’t break out YouTube’s revenues but analysts suggest they are around $4bn. The global TV ad market is worth some $290bn.

TV advertising also continues to grow, with UK revenue hitting a record high of £4.91bn in 2014, up 6%, while the number of brands new or returning to TV advertising was more than 800, according to Thinkbox – the TV marketing body for commercial broadcasters.

Peat believes TV understands the challenge posed by the internet but rather than ignoring it is facing up to it. She highlights services such as on-demand content on mobile, tablet and desktop.

In fact, the question shouldn’t be TV versus YouTube or online video, says Thinkbox. The body points to the IPA’s econometric study on “Advertising Effectiveness: the long and short of it” and says the two work as complementary platforms.

“TV and online are a marketing marriage made in heaven. Together they are almost twice as efficient as other combinations of brand advertising and activation and this synergy has been increasing over time. The efficiency of TV and online campaigns has more than doubled since 2006,” says a spokesman.

Enders Analysis analyst Ian Maude says: “TV remains and will continue to be the core brand advertising medium in all market territories for the foreseeable future”. 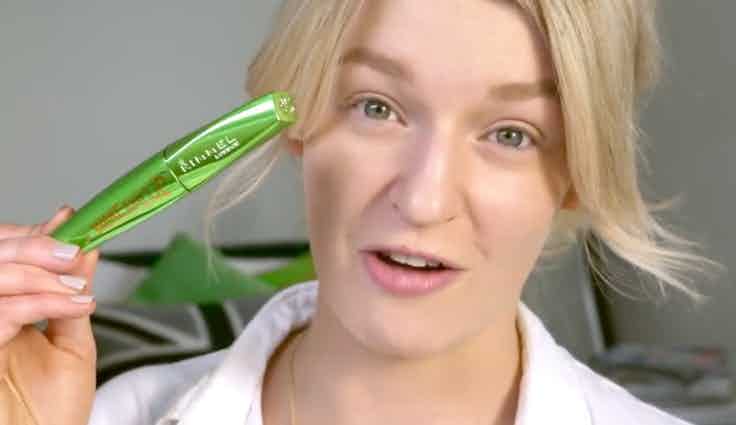 Brands that fear giving up advertising control to ambassadors and vloggers will get left behind according to Sarah Pirrie, UK marketing manager for colour cosmetics at Coty (Rimmel).