Marketing Week (MW): How would you describe the YPlan app?

Rachael Pettit (RP): The founders, Rytis Vitkauskas and Viktoras Jucikas, were in San Francisco in the US but they hadn’t been to the city before. They were researching what they could do one evening and despite finding an event, they couldn’t book tickets for that night. So they decided to create a solution to that problem with YPlan. We are a ‘going out tonight’ app. The idea is to curate a shortlist of the best events in London every night. We have worked with over 550 event partners – making sure we have the right relationships to give the best events.

MW: How does the business model work?

RP: We charge event partners only when we make a booking for them, so it’s free to be present on the app. This makes the brand awareness aspect a compelling proposition. In terms of consumers, we don’t charge anything extra, there are no booking fees. This has been a defining moment for the brand because it’s one of those big bugbears for customers on booking sites that by the time they have booked there might be £10 to £15 in fees for booking and postage.

MW: How is YPlan funded?

RP: Rytis has a huge network list because he is a venture capitalist. He did a great job of finding the right investors – it’s not just about getting money, it’s about getting the right people in the room that can move the business forward. Seed funding of just over £1m came from Octopus Investments, Wellington Partners and a series of angel investors, for example Brent Hoberman [the founder of Lastminute.com].

MW: What do you think made people interested in funding the venture?

RP: The analytical approach that Rytis and Viktoras took to prove the business model because they went through two stages of rigorous testing. We had such great feedback and there was genuinely a need for it. As soon as we could prove that need – that people are excited about the concept and the business model was viable – it took off from an investor perspective.

MW: Who are your competitors are and what makes this app different?

RP: I feel like I’m doing the obvious response in saying we don’t have any competitors but we actually don’t. The guys closest to us would be the likes of Time Out but they are more editorial. You go to them to get inspiration and find out what to do, you don’t go to them to book tickets, and you can get quite overwhelmed by the options.

Then there is the likes of Groupon, but because we don’t focus on discounts we are not the same and Groupon doesn’t do last minute [offers]. If you wanted to book something for tonight, you would struggle. It has moved its business towards the travel sector as it’s more of a lucrative market. At the moment there isn’t really a competitor in the UK so we are really lucky. I’m sure that won’t be the case along the way.

Stephen Fry unexpectedly tweeted about us and when people say tweets can crash servers, they’re not lying. Luckily we were prepared

MW: Who is your target market?

RP: In London the first demographic for us was the tech early adopters because we are mobile and that tends to be where you get people that will share the service but fundamentally it is quite a broad audience. Because of the service we provide, we tend to find the age range is late 20s to mid 30s, who tend to live in central London. We don’t geo-locate offers so it is very much about the best things in London.

We have a slightly larger skew towards males, which is interesting. I think it is that classic thing, and not to sound sexist, but we’re really good if you haven’t found anything to do on a date.

MW: Is being a mobile-only app an advantage?

RP: Yes, having a ’frictionless’ service is helpful and significant in terms of cost. But also we are working directly with [event] partners and have built up relationships by proving that we can sell a lot of tickets at the last minute. To them any ticket they can sell in the last 24 hours is a bonus because that’s inventory that would have just been sitting there.

MW: What is your marketing strategy?

RP: We have tried to create a ‘cloud of communications’ through different tactics. We work with the press to build our credibility and get the right ambassadors on board. We were fortunate to meet with Stephen Fry, who had some great tips. He unexpectedly tweeted the next day, and people aren’t lying when they say it can crash your servers. As soon as he tweeted we ran over to the development team and luckily they were prepared.

The tone is playful and consciously so because we are about being spontaneous and trying to get across that it is exciting to do something last minute and change your habits fundamentally.

For the New York launch in mid-September we had [rap star] Pharrell Williams on board to talk about the service. He understood the proposition and the value of the entertainment sector in the US. [Actor and investor] Ashton Kutcher was part of our most recent funding round. Getting the right people on board has been a big part of our strategy.

We have also done above-the-line work with tube advertising, which was a brand awareness exercise and has been a big download driver. In terms of mobile networks specifically, Facebook has been an incredible partner for us.

MW: How much pressure is there on getting a return on marketing spend?

RP: There is an incredible amount, because at the end of the day we are a start up with a limited budget so if we don’t prove the marketing channels that we’re running with, then the marketing budget doesn’t keep flowing and it becomes a case of pitching for more budget for new campaigns.

It’s been about tracking everything. We don’t just care about the vanity of downloads [there have been 300,000], it’s also making sure the people actually use it and purchase tickets. The more data we get, the more we can refine our strategies and also the networks.

MW: Did the expansion into New York require any further funding?

RP: We raised just over $12m in June this year for expansion into the US but also across Europe and Asia. New York is the first city for us to prove we can scale the business and so far we are getting phenomenal results. But when we launched in London we were so secretive about the brand before the launch date that no-one knew who we were.

MW: What is the brand positioning in New York?

RP: In New York it is about positioning the brand as exclusive and that we have tickets for the restaurant that has been sold out for six months. The mentality there is very much that everything is exclusive and people want to go to the hottest clubs and events.

MW: Will you need further funding for expansion?

RP: We are definitely sustainable but we will be going for another funding round. We haven’t decided when that will be but it’s really to make sure we can scale the business rapidly so competitors can’t come in and steal our thunder. Because we are starting to get a blueprint in how we launch in different cities it’s almost crazy not to push that forward.

MW: What’s next for the business?

RP: We want to prove that New York has worked and so far we are on track. The next city will most likely be in the US. We are hiring a chief operating officer and vice- president of marketing who will help us expand internationally. Once we have those on board we will define what the road map will be in terms of expansion.

YPlan is relevant in so many cities across the globe it’s more about determining which are the most important for the business to go for first.

YPlan curates 10 to 15 events happening in London each day for its users, whether it’s an intimate gig at a warehouse, chess boxing [where players alternate rounds of boxing with chess], or burlesque shows, the service allows people to find and buy tickets to events that night.

It launched in November 2012 in London’s Box Park retail pop up. It hosted an event where visitors could get ‘married’ by Elvis to show the spontaneous side of the brand.

The start-up has achieved over 300,000 downloads and has 550 event partners so far, and has recently worked with Apple’s iTunes Festival to give out tickets to the free gigs that took place every night in September. Currently avaliable on iPhone, it will be available on Android next week.

YPlan has aggressive expansion plans and launched in New York with an intimate gig with rapper, producer and fashion designer Pharrell Williams. 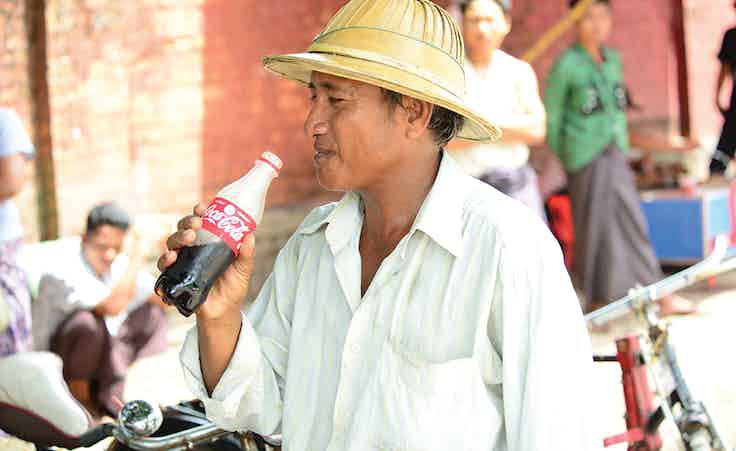 A major global study takes an in-depth look into the future of marketing and provides case studies and frameworks to ready marketers for the challenges and changing customer expectations for years to come. 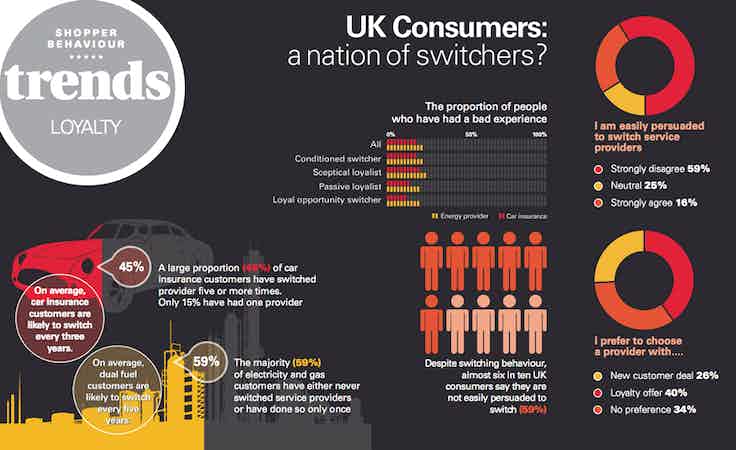