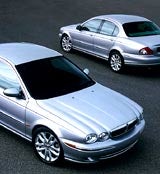 Jaguar has appointed Young &amp; Rubicam in London and New York to handle the global launch of its X-Type model.

Y&R beat fellow WPP-owned agencies – Ogilvy &amp; Mather Worldwide and J Walter Thompson – to provide the creative work for the launch of the compact sports saloon, estimated to have a media spend in the UK of &£4m.

Jaguar has denied that this affects its relationship with JWT and O&M, which have created the above the line advertising for the past four years, but insiders suggest that neither agency came up with a proposal that Jaguar executives approved.

Rainey Kelly Campbell Roalfe/ Y&R will create the press work, which is to be the bulk of the advertising. The television ads will be created as a joint effort between London and New York.

Jaguar marketing director Phil Cazaly confirmed that Y&R would be working on the advertising for the X-Type which launches at the end of May, but denied it would result in any change in the Ford-owned car company’s relationship with either JWT or O&M.

In 1997, WPP formed a joint venture called Jaguar Global Communications (now headed by Kevin King, formerly Y&R’s Ford European account director) to provide global integrated marketing for Jaguar. Cazaly says: “This was set up by WPP chief executive Sir Martin Sorrell to allow us access to any other part of the WPP network without the pain of changing agencies. Y&R will be working with O&M and JWT.”

Birmingham’s NEC exhibition centre has added virtual facilities to its “real-world” offering. The company has forged an alliance with online exhibition specialist Expocentric, bringing 3-D display technology to the NEC website and its 130,000 visitors a month. The agreement will enable users to access links to other Expocentric shows from the NEC site. It aims […]

In the article by George Pitcher, entitled, “Will Japanese Car Makers last in a euro-isolated UK?” (MW January 11). He does not give any indication of the price that sterling would have to enter the euro, to make Nissan competitive. Surely, the price of entry is crucial, otherwise, going in at today’s rate could lock […]

The Co-operative Group has moved its non-TV planning and buying business account worth about &£5m from Robson Brown to Manchester-based Mediacom North. Starcom Motive, the incumbent on the &£7m TV buying account, has retained the buying and picked up media planning from MSc, the joint venture between Partners BDDH and New PHD. Partners BDDH hold […]