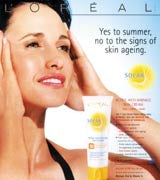 Cosmetics giant L’Oréal is being tipped to consolidate its media planning and buying account, estimated to be worth £1bn, into the incumbent, Publicis Groupe-owned Zenith Optimedia, following a final pitch against Interpublic Group’s Universal McCann.

Universal handles the bulk of the business in the UK, where it is worth £95m. The agency handles the L’Oréal, Maybelline and Garnier brands, while Zenith Optimedia handles the LancÃÂ´me range of cosmetics products. The media pitch was initially carried out at a market-by-market level, with a final decision being made by L’Oréal’s head office in Paris. That decision is expected to be announced later this week.

L’Oréal and Zenith Optimedia were not returning calls as Marketing Week went to press.

Globally, L’Oréal is one of the world’s ten largest advertisers, and its creative business is shared by Publicis and IPG’s McCann Erickson. The creative account is not thought to be under review.