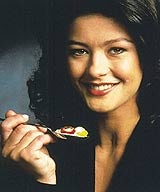 Fiat-owned Alfa Romeo has signed up well known British actress Catherine Zeta Jones to be the face of its next advertising campaign for the 156 Sports Wagon model.

The new ad will show Zeta Jones climbing through the back of the car after finding she is unable to get out through the side doors. It is due to be released in Europe and the US in the autumn. However, due to the contract agreed with Zeta Jones, the UK marketing department has yet to confirm if the ad will run in the UK.

The campaign has been created by Conquest in Italy, Alfa Romeo’s advertising agency.

The new car goes on sale in the UK in May.

Zeta Jones, of The Darling Buds of May fame, has hit the big time in the past two years after a string of successful Hollywood films including the Mask of Zorro and Entrapment. She is also the fiancee of actor Michael Douglas.