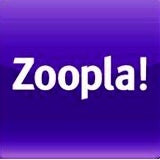 She joins a month after Zoopla raised £3.25m of new funding to accelerate growth. The funding round consisted of £1.75m new equity finance from existing shareholders and an increased £1.5m debt facility from Silicon Valley Bank.

Zoopla is currently advertising on TV as part of a cross-platform multi-million pound marketing campaign. Its first ever TV campaign in August last year delivered a 23% increase in visitors to the website.

The site adds it receives over five million monthly unique visitors per month and is now one of the UK’s top three property websites.

Zoopla has acquired rival sites DotHomes.com, Extate.com, Houseprices.co.uk, the PropertyFinder Group and OnOneMap.com in a bid to increase its market share in the category.

During the first four days of January this year, visitors to Zoopla.co.uk were up by 102% compared to the same period in 2010, the site claims.