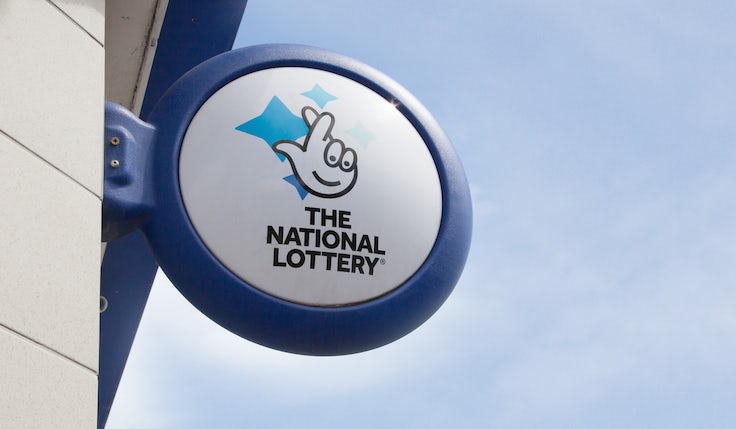 There are many reasons to start worrying about your brand and consulting with bozos like me for strategic help. Over the years I’ve learned to appreciate that the list is long and loopy. But right up there at the top of it, more common than any other brand concern, is the corporate decision to reposition or, God forbid, completely rebrand.

I’ve worked on about a dozen big gigs where that was the starting point for a project. And in almost all those instances I have made an impassioned and occasionally persuasive argument not to pursue this path but look elsewhere.

Repositioning is one of those business topics that everyone loves, until it comes to finding successful examples of brands that have changed – completely – what they stand for in the market. If you understand the nuances of perception, if you appreciate the time it takes to actually build brand image, and if you have any conception of what branding actually costs, then repositioning is almost immediately wiped off the whiteboard of strategic options.

Rebranding – in which we not only attempt to change the perception of the brand but also its name and livery – is an even more unpalatable option. Take all the disadvantages of repositioning and then add the massive additional disadvantage of losing all awareness, salience and familiarity, and then having to build them from scratch, and you begin to glimpse the enormous fallacy of rebranding. You do it for only one reason – because for legal reasons you have to.

So, what does an organisation dissatisfied with its current brand do instead? Suck it up?

No. There is a third option. Less glamorous. More sensitive. And nine times out of 10, more likely to prove ultimately successful. The right path is brand revitalisation.

Isolate what made you successful

A brand revitalisation is a three-step motion, founded on updating the brand’s execution without throwing out brand equity.

Step one is a step back. Go back to brand origins. Go back to a time when the brand was smashing it. Go back to loyalists who love the brand for what it once was. And try and isolate what made this brand so successful.

Step two, isolate and distil this magic to as pithy a summary as possible. Perhaps it’s a diagnosis that consists of only a few words or a simple reconception of three of four strategic imperatives. Whatever you learned from the diagnosis stage, explicate it. Ideally in such a manner that a small child or beagle can understand what is missing.

Step three, don’t reproduce the executions and approaches of the past – despite their proven impact. Time has moved on. Instead, ask what these key words or imperatives demand of you in 2022. That question is crucial because, although you don’t change the DNA of a brand when you revitalise it, you do have to acknowledge one of the core paradoxes of branding: consistency demands change.

When you work on ancient brands, with a lifetime or two of existence, it becomes so clear. The great brands have the magic in them, but then they have maintained that magic by updating and evolving the manner in which they have delivered it to the masses. And what worked then won’t work now.

If your beauty brand is all about health and nature, plastic packaging with a picture of waterfall and a product packed full of parabens might have worked once upon a time. But wake up and smell the future! Doing the same thing, over a long period of time – ironically – often makes you ultimately inconsistent with your stated brand position. What was cool becomes uncool. What was fast appears slow. Time makes fools of all the brands that stand still.

Being in business for decades can gradually cause a brand to lose focus from its core position and original raison d’etre. It does not mean that the original ethos is flawed, it means that the marketers in charge need to revitalise their brand by stepping back, boiling it down and then looking forward.

Take The National Lottery as a perfect example. Launched more than a quarter of a century ago, Prime Minister John Major captured the mood of the nation when he spoke at the launch ceremony at the Tower of London. The PM noted the “hundreds of thousands of prizes” that would soon be on offer, but then also drew attention to the enormous impact the players were about to have on good causes.

“Everyone can take pride and pleasure in seeing the proceeds of the Lottery enhance our national life,” Major observed. “Camelot estimate that by 2001, £9bn will be raised for good causes – the arts, sport, heritage, charities, and projects big and small to mark the millennium.”

And Camelot, the consortium that won the initial lottery franchise back in 1994 and has held it ever since, was true to its word. So far, The National Lottery has donated more than £43bn to good causes across the UK. Perhaps more importantly, while Camelot operates the fifth largest lottery on the planet, it ranks 60th in terms of per-capita spend.

But even the best-run brands sometimes lose focus. By 2017 brand tracking revealed that national positivity towards The National Lottery was in consistent decline. And perception has consequences. Ticket sales across its various products had started to fall. Compared to 2016, The National Lottery’s sales were down by a massive £600m.

So a new strategic team was formed and challenged to return it to its former glory. The first step in any good marketing strategy is a step back, especially when revitalisation is the goal. And that is exactly what Camelot did.

Qual and quant research revealed several key insights. Over the decades, the marketing of The National Lottery had shifted. Initially the lottery had been built around a dual promotion of the personal potential benefits of winning a prize and the societal benefits of what The National Lottery did for the UK. That dual focus had been at the core of the brand’s success. “It’s not the reason I buy my ticket,” one punter explained during the research phase, “but you know you’re not totally wasting your money”.

That focus had shifted to an almost exclusive promotion of the personal potential to win a prize. While this was still attractive to a broad swathe of the British public, it resulted in a sea change in how The National Lottery was perceived. The brand was losing the emotional connection and feelgood factor that had once made it a central part of British culture. It was becoming simply another way to gamble.

Campaigns like ‘Please Not Them’ were brilliantly executed. This James Blunt ad (below) is among my favourite of all time and I defy you to watch it without wetting yourself. But, while it is a creative masterpiece, the strategy is off. Way off. The focus has moved completely away from the feel-good factor to something much more selfish, micro and short term: “Over 140 millionaires since October.”

The brand had also started to underinvest in communications. When the marketing team at The National Lottery looked at their share of voice versus share of market equilibrium, they saw something that every well-trained marketer dreads: negative excess share of voice (ESOV). Compared to the rest of the gambling category, The National Lottery was underspending on advertising. In the short term that meant better profitability and more money for good causes. But in the longer term it indicated this once powerful brand would lose share and status in the UK.

And there was a further, final problem. Not only was The National Lottery underspending on advertising, it was investing solely on shorter-term, product-based game activations. There was no budget for brand building and the opportunity to communicate what The National Lottery ultimately did for society. Thanks to Uncle Pete and Uncle Les, it is the most discussed and debated sin of modern marketing. But that does not mean it is not incredibly prevalent or massively damaging. And Camelot were guilty of it. It went too short with its marketing and was now paying the price.

A brand-new version of the past

Diagnosis leads to strategy. The National Lottery team set themselves two core goals. First, to turnaround falling brand positivity. Second, to reverse the sales decline in 2018 and grow ticket sales again. To do this the team developed a positioning strategy that returned to the original formula for the brand’s success; play would be linked to purpose.

Tactically, the team increased their investment in communications to restore a positive ESOV. Average weekly reach on TV leapt from 65% to 79%. And, from a zero base, emotive TV advertising that focused on the purpose, impact and societal role of The National Lottery took an ever increasing slice of the overall investment. 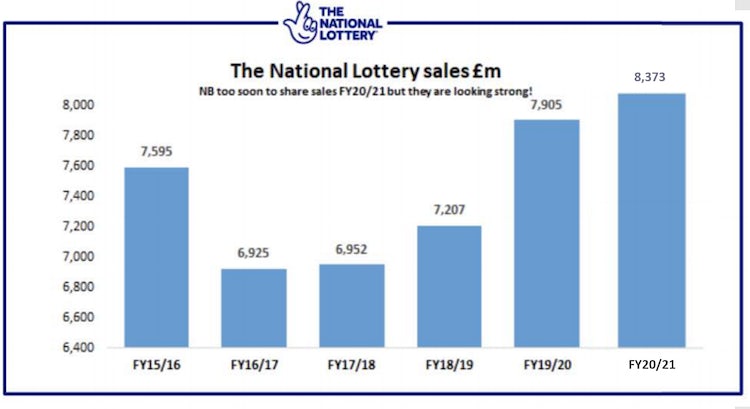 The results have been spectacular. Brand positivity reached a new record high in 2020. YouGov’s brand index recognised The National Lottery, after Netflix, as having the second most improved brand perception in the UK. After 2017’s nadir of £6.9bn, ticket sales have grown incrementally every year since. Camelot estimates that the revitalisation strategy has already generated well in excess of £3bn in revenues, with 95% of that sum going to winners and good causes. This is one result that everyone, genuinely, benefits from.

Quite correctly, the company’s CMO Keith Moor and his merry band of marketers were recognised last week at the Marketing Society awards, winning not only the gong for best brand revitalisation but also the Grand Prix. It’s well earned and a signal that Camelot is operating one of the best marketing teams in the country.

The lessons from The National Lottery are simple but important. First, it is easy for brands to forget themselves and – over time – lose track of what makes them special. When this happens and sales suddenly start to flag, do not jump toward the unlikely, aggressive approaches of repositioning or rebranding. Be more respectful and sensitive to the brand that employs you. Step back, understand it again, and then step forward with a brand-new version of the past.

While you are at it, remember the power of making sure that you are investing enough money in communications and, within that, the right proportion on emotional, brand-based, mass-marketed campaigns. There are always a few counterintuitive marketing pirates who want to pour empirical scorn on the value of ESOV or the accuracy of Binet and Field’s ‘long and short of it’. Ignore them. These are imperfect tools, but they work more than well enough to point any brand in the right strategic direction. As The National Lottery so wonderfully demonstrates, these simple recurring concepts really do make you a winner in the end. 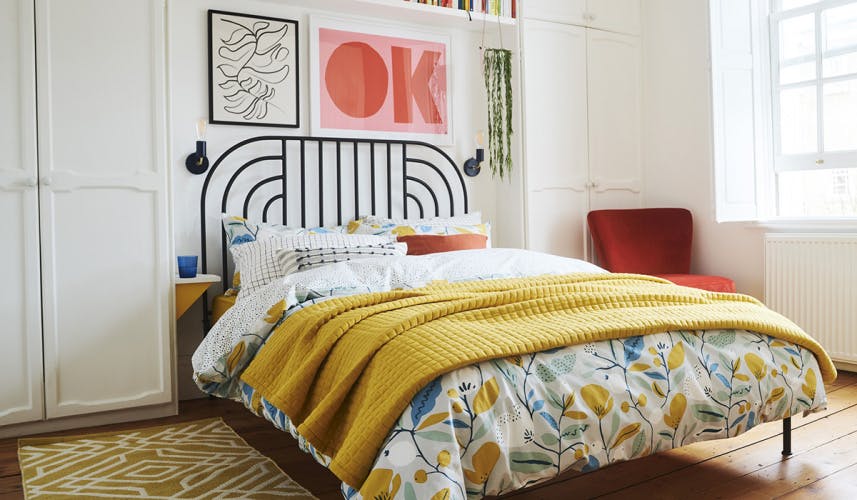 Even if John Lewis cocks up in its bid to rent homes to the masses, the blowback on its department store business will be limited – even non-existent – thanks to the magic of brand extension. 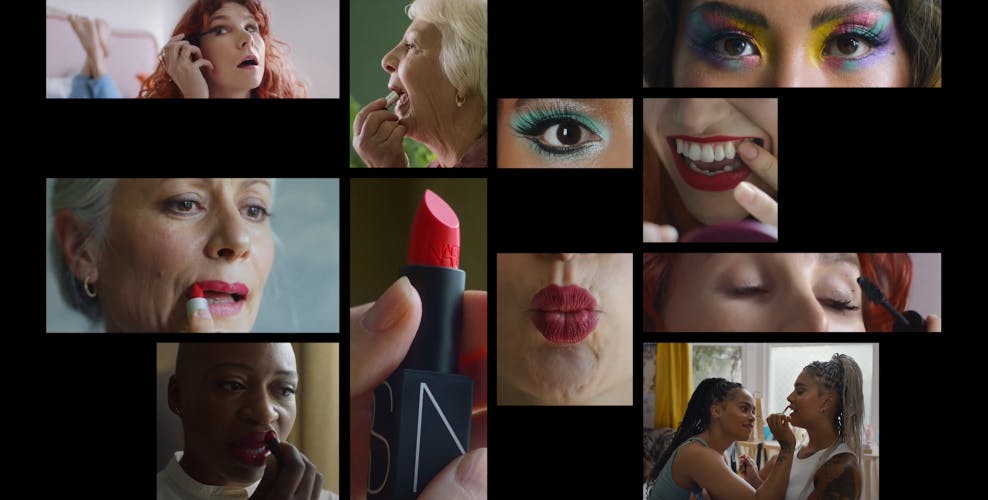