The latest figures from the ONS show that volume sales were up by 6.4% year on year in November, marking the 20th consecutive month of growth and the highest rate since May 2004, when sales were up by 6.9%. Compared to the October sales were up 1.6% with growth across all main store types for the first time since December 2013.

The total amount spent also increased, up by 4.3% to an average weekly spend of £7.9bn in November, compared to £7.5bn a year ago. Average store prices were down by 2% year on year, the largest fall since August 2002 caused mainly by a drop in fuel prices and the cost of food.

Retailers adopted the “Black Friday” promotion much more widely than in previous years, with companies from Tesco and Asda to Carphone Warehouse and Argos offering customers promotions, typically on electrical goods.

However, there are concerns that the offers simply bought forward Christmas shopping rather than adding to it. John Lewis, after posting record sales in Black Friday week, saw sales slip by 5.8% last week. Sales of electronics were down 4% year on year in the week to 13 September while overall sales rose 0.6% compared to a year ago.

Dixons Carphone’s finance director Humphrey Singh, speaking on a call following its results yesterday (17 December), also said that Black Friday sales pulled forward some purchases that would usually have been made closer to Christmas.

Analysts have raised concerns that while many retailers saw record sales over Black Friday, it simply altered shopping patterns rather than adding to retailers’ overall takings. Asda has said that while sales of products that were on offer on Black Friday were strong, the supermarket saw little halo effect on the rest of its business this year.

The slow start to Christmas shopping has pushed much of the high street to discount in the important last few shopping days. Retailers including Marks & Spencers, Gap and H&M are all offering discounts, some of up to 70%, as they attempt to attract savvy shoppers into stores.

That despite many retailers admitting that heavy discounting last year failed to lift profits. Retailers including Debenhams and M&S had disappointing Christmasses compared to the likes of Next and John Lewis which didn’t go on sale before Christmas.

Ian Geddes, UK head of retail at Deloitte, says: “These results highlight that a more volatile pattern of trading is emerging, where it is becoming harder to predict and therefore to plan for peak demand. Dealing with this peak demand is one of the biggest challenges faced by retailers today. During this key trading period, having the right stock and the right level of staffing, along with resilient and stable platforms in place to serve consumer demand, is critical and can ultimately define success or failure for the entire year. Those retailers that have got this balance right will be the winners this Christmas. For the rest it’s back to the drawing board in January as the planning cycle starts again.” 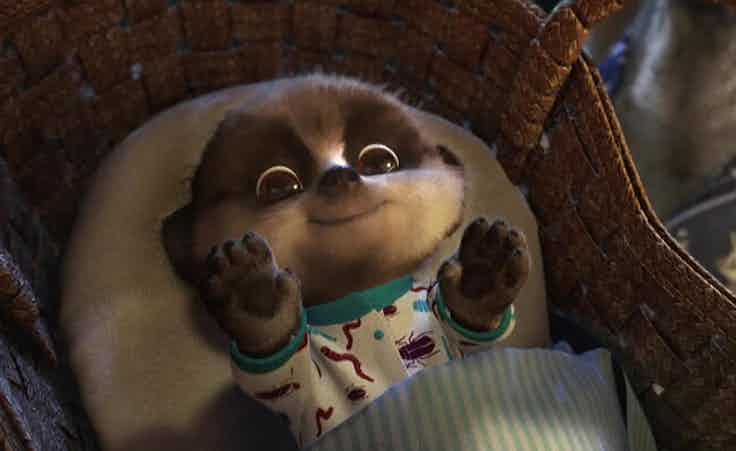 Are we about to see the launch of ‘Comparethemarket Wednesdays’? The price comparison site has confirmed it is in discussions with cinema operator body the Cinema Exhibitors’ Association to take up the baton from EE, which announced yesterday (11 December) that it is to end its ten-year 2-for-1 weekly promotion after concluding that the cost of re-signing outweighed any loyalty benefit. Particularly as take-up was on the wane.