The campaign ‘Follow our Foodsteps’ forms part of Farm Forward, McDonald’s UK’s long-term programme to address the challenges facing the sector. According to the Food and Drink Federation, there is a need to attract 109,000 new recruits into the food industry by 2022 as the UK population is projected to rise by 4.4 million in the next decade.

Besides attracting new talent into the sector, McDonald’s is also keen to change consumer perceptions of the brand. The VR experience, which embarks on a journey across the UK from today in a bid to reach one million people, will transport consumers behind the scenes on some of McDonald’s UK’s flagship farms, factories and restaurants. The activity will be supported with a digital campaign.

By wearing Oculus VR and Samsung Gear VR headsets, users will be able to walk around farms used by McDonald’s to source its ingredients, as well as play games and test their skill behind the wheel of a tractor.

Connor McVeigh, director of supply chain at McDonald’s UK, told Marketing Week that the brand was keen to use VR in a bid to “scale up” its transparency efforts.

“We’ve had a longstanding commitment to sharing and being transparent about our supply chain. Given the success of previous campaigns and as consumer appetite for this type of knowledge grows, we looked at how we could scale it up,” he said.   “At a practical level, it’s difficult to get thousands people to walk through a free range egg farm. VR is at a stage that could complement that ambition and bring the farm and the factory out to the public and local communities.”

McVeigh added that VR is now at a “tipping point” where brands are able to create “realistic” content to engage consumers. McDonald’s is also hoping to create a buzz by being one of the first major food restaurants to implement it on a national level.

“VR is so new for so many people, which will create a real buzz and highlight the subject we want to raise – to champion the food industry.”

“From the offset, our focus was to develop content around the serious topic at hand,” he explained. “In terms of developing content for the VR experience, that wasn’t done with our marketing colleagues or creative partners but in partnership with suppliers and agriculture universities. We’ve been very focused on ensuring that the content and the experience that one million people will have this year is a genuine and true reflection of farming and our food.”

Depending on the success of the campaign, which will be measured by analysing whether consumer attitudes towards farming and the brand have changed, McDonald’s will implement the immersive technology for future campaigns.

He concluded: “We are somewhere ahead of the curve in use of VR with this campaign, so there will be an absolute appetite to use it elsewhere.” 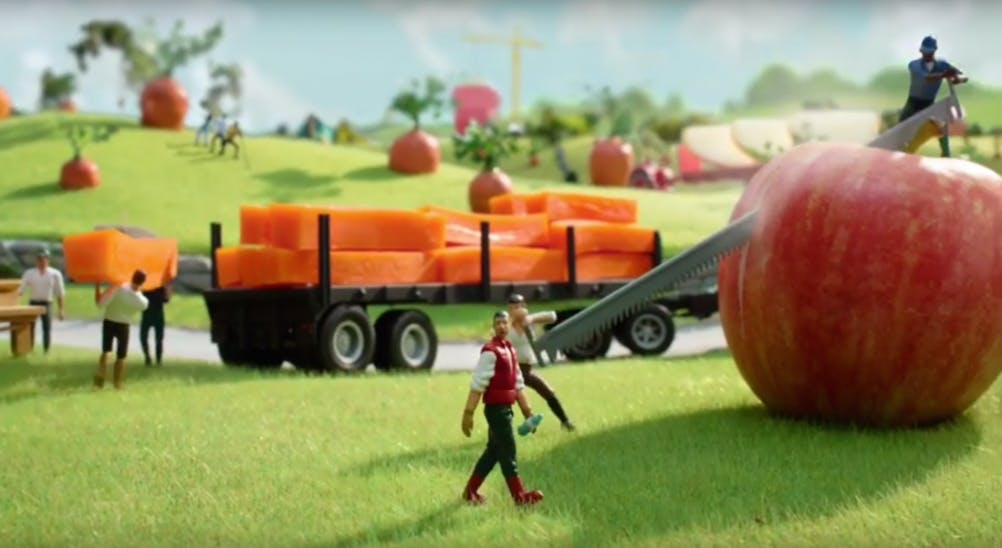