The TV spot, created by Paddy Power’s new agency Lucky Generals, shows Paddy Power firing football shirts featuring its betting offers out of a huge cannon. It is the first part of a big campaign push by the brand that will include another TV spot before the end of the month as well as digital, social, radio, print and in-store activity.

It is today (7 August) running an expletive-laden radio ad promoting the fact it is paying out early on England winning the Ashes following the first day at the test in Trent Bridge.

Speaking to Marketing Week, Thompson said the campaign aims to join up the “two things that make Paddy Power great” – its naughtiness and generosity.

“When we went back through the heritage of the brand two things came through. One was mischief; it has been an important part of the brand to date, it has made us famous and is why customers love us,” he said.

“The second was about being generous. The brand was founded on the premise of being as generous as possible with the punters through special offers, money backs and paying out early [as we are doing on Ashes bets]. Put the two together and you get outrageous generosity. This campaign is about how we bring that to life in a way that is relevant.”

As part of the move to join up the two sides of the Paddy Power personality, the brand has also reshuffled its marketing team to ensure consistency in its tone of voice. Paid-for advertising, media, brand engagement, social and editorial, PR, ‘mischief’ events and all creative and collateral that appears in shops and press ads now sits within Thompson’s team.

“The customer wants one brand, one tone of voice, one idea.”

“We amalgamated those areas into one team. It is a realignment to make sure we are looking at marketing through the eyes of the customer,” he said.

And while TV advertising remains a priority, Thompson said Paddy Power is also looking at ways to communicate its brand better through other channels such as digital.

“This is a competitive market so there is a very good argument for TV when our competition spends there and most betting is around live sporting events on TV. The brand plays on wit and humour and generally we need a dynamic medium to do that.

“But, having said that, it is my personal belief that we can probably be a bit clever and smarter in other channels,” he said.

Paddy Power’s wit has on occasion got it into trouble, with the brand even reprimanded by the Advertising Standards Authority for bringing advertising into disrepute. Its latest activity includes a lorry sent to Calais to encourage refugees that might be good at sport to jump on board and make the crossing to the UK.

Another ad, featuring Rolf Harris, was reportedly canned for being too controversial.

Thompson said Paddy Power is not in the business of being outrageous “for the sake of it” but aims to entertain its customer and doesn’t mind upsetting some people who have “never been and are never going to bet with us”.

Nevertheless, Thompson said all activity must pass the “context and relevance” test to qualify as “something that our punters would say down the pub to make their friends laugh”.

“We know our customers and have a tight rapport with them. If other people listen in they may be shocked or offended but it is not intended for them,” he explained. 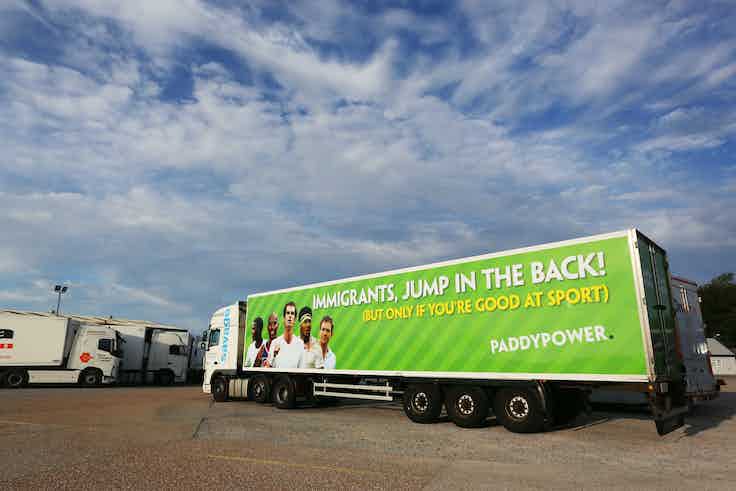 Paddy Power sent a lorry from Dover to Calais, France, this morning (2 July) emblazoned with images of sports starts such as tennis player Andy Murray, cricketer Eoin Morgan and runner Mo Farah as the bookmaker attempts to use the immigrant crisis to boost Britain’s sport talent. 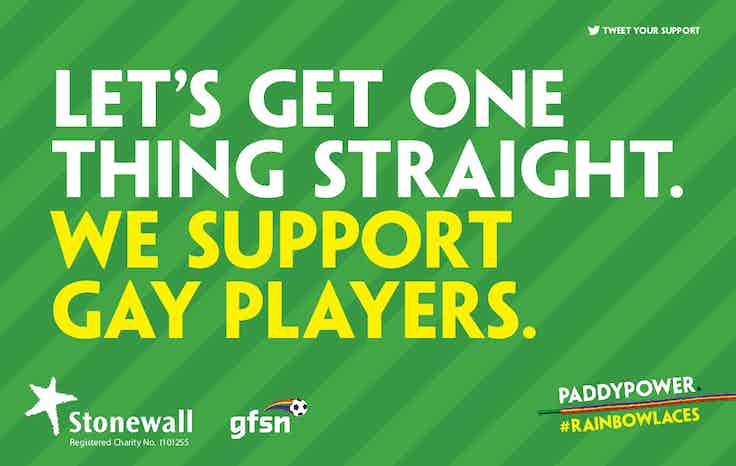 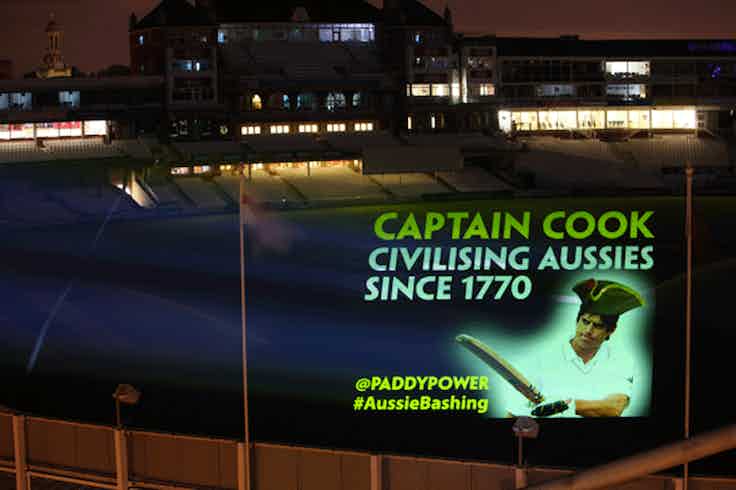