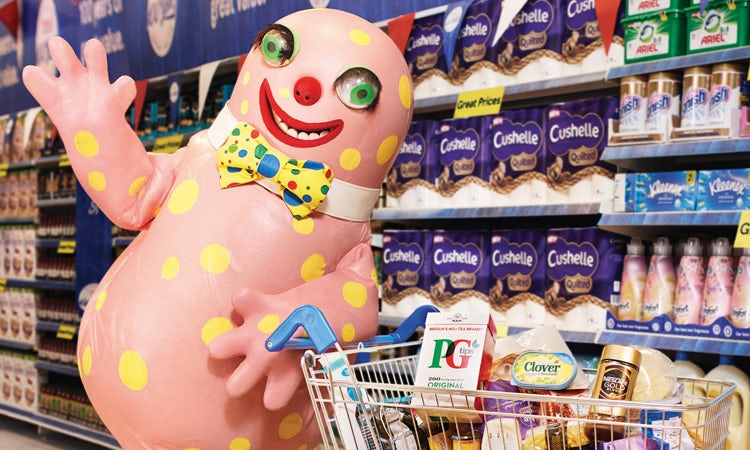 Tesco is celebrating its centenary year with an advertising campaign featuring iconic moments from across the decades to highlight the supermarket’s history of offering customers “great value”.

Bearing the strapline ‘Prices that take you back’, the ads feature 90s legends Mr Blobby and Wolf from Gladiators, as well as cult figures such as 60s mods on mopeds and 70s roller girls shopping at Tesco stores.

Speaking to Marketing Week on a press call earlier this week, Tesco boss Dave Lewis said the campaign – created by its agency BBH – is just one of a “number of ideas” of how to celebrate the centenary, although he would not be drawn on its other plans.

“The centenary is all about 100 years of great value. It is a very important milestone,” Lewis said. “This is a brilliant British business that was built up by focusing on customers. That is what we want to get back to.”

The TV ad will debut this evening (11 January), with the campaign spanning out-of-home, print, radio, social and digital activity.

Some aspects of the campaign, including print and in-store, launched earlier this week (7 January). Tesco says it has already led to an uptick of sales in featured items, with the grocer selling 147,000 cans of beans in 24 hours (double a normal day) and 35% more fish fingers in a day than in a normal week.

In three days is also sold 19.8 million grams of Cathedral City Cheese online, more than 63,000 Peperamis and five-and-a-half times the number of Pizza Express large pizzas than in an average week.

“Our customers tell us they feel the pinch after Christmas and we want to help by offering some great prices on popular products,” says chief customer officer Alessandra Bellini.

“So to celebrate our 100th anniversary, we’ve created the centenary advertising campaign which uses iconic cultural moments from the last 100 years to evoke nostalgia for our customers while also having a great price tag to match.”

The campaign comes as Tesco posted its best festive results in almost a decade, with sales at the UK’s largest supermarket up 2.2% year on year over the six-week Christmas period.

Tesco saw UK sales rise 2.2% in the Christmas period, its best festive results in nearly a decade, as its “more connected” marketing campaigns helped boost quality and value perceptions and its NPS.

Michelle McEttrick had never worked in retail before she joined Tesco and admits to feeling out of depth when she first started but says the key to building a great team is having a range of people with complementary skills and experience. 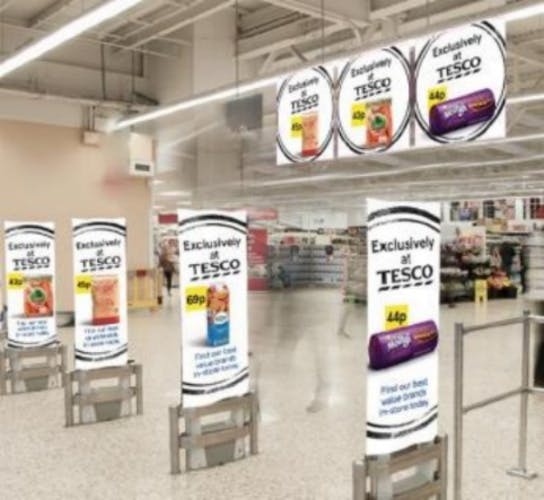