With experiments in direct-to-consumer (DTC) ecommerce, online experiences, and its B2B relationships, Coca-Cola has undergone “significant” changes in its digital operations over the past 21 months.

According to Aedamar Howlett, Coca-Cola’s European vice-president of online-to-offline (O2O) digital transformation, the brand identified experimental technological advances – or “moonshots” – which it could apply to the business in order to drive growth.

One such experiment gave rise to the brand’s new DTC ecommerce marketplace, yourcoca-cola.co.uk. Through the platform, customers can directly order Coca-Cola products to their homes in large quantities at reduced prices.

“We knew we could build experiences online and bring all of our consumers together into one hub,” Howlett said at The Marketing Society’s Changemakers conference today (10 November).

“We knew how to do that. What we didn’t know was how to create a marketplace to sell directly to our consumers.”

The business built and trialled the concept in Great Britain during lockdown last year. Now it has been transformed into a “theme park of experience”, with customers able to create personalised cans, build product bundles, and set up a subscription for regular deliveries.

Consumer experiences have become a major focus for Coca-Cola under its new global brand platform ‘Real Magic’. On launching the platform in September, company president Selman Careaga said the business wanted to “move away from primarily broadcast communications to create an ecosystem of experiences for our consumers”.Coca-Cola to shift focus from broadcast to experiences under new brand platform

According to Howlett, more experiences will be integrated into the DTC platform in future, as the brand prepares to launch “version 2.0” of the ecommerce site.

Also part of its online strategy is to “strengthen” ties with e-tailers and food service aggregation partners such as Just Eat and UberEats, as “those businesses are accelerating hugely at the moment”.

The brand is working on developing its B2B ecommerce capabilities through the Wabi digital ecosystem, which offers a host of features to sell drinks directly to consumers and partners. It was piloted in Latin America but is now live in 14 countries.

“[Wabi] is no longer an experiment, it’s a real business. There are 50 categories now contributing significantly to the sales of this platform,” said Howlett.

The brand forecasts it will serve up to 500 million consumers in Europe by 2025. Howlett said it therefore has to experiment now, to serve the future needs of partners and customers.

A transformation for the 21st century

Speaking alongside Howlett, Coca-Cola Europe’s integrated marketing experience director, Michael Willeke, said the reason the brand is seeing such progress is because of its open mind to new models of innovation.

“Of course we are going to make mistakes, but we want to learn from the mistakes and actually address them in order to make it better next time. I think it’s phenomenal that we are living with this opportunity to learn and experiment, and then through that experimentation to also grow our business into the future.”

However, before the pandemic Coca-Cola was unable to deliver a “21st century transformation”, Howlett said.

“One of the things we recognised is that we couldn’t deliver 21st-century transformation with the ‘how’ of the 20th century,” she explained. “Like many organisations during the pandemic, we went through a significant change in how our organisation was going to operate this year.”Coca-Cola unveils new marketing model built to drive long-term growth

To help drive this change, Coca-Cola recently announced a “modernisation” of its marketing and innovation model, a concept Howlett called the “network effect”.

The new model completely overhauls the business’s agency structure, with new appointments made across creative, media and strategy. The agency model can now be broken down into just four key components, as part of an effort to simplify the brand’s future marketing efforts.

As part of this revamp, O2O development will be key to building “truly enterprise-wide capability in our business” and developing closer ties with B2B partners such as retailers and bottlers.

The brand hopes this will help it to reach customers who are “increasingly operating fluidly” between offline and online channels, and in the end “convert those relationships into transactions,” Howlett said.

Coca-Cola is revamping its agency model to prevent siloing and allow the business to launch more integrated campaigns that touch consumer passion points at speed. 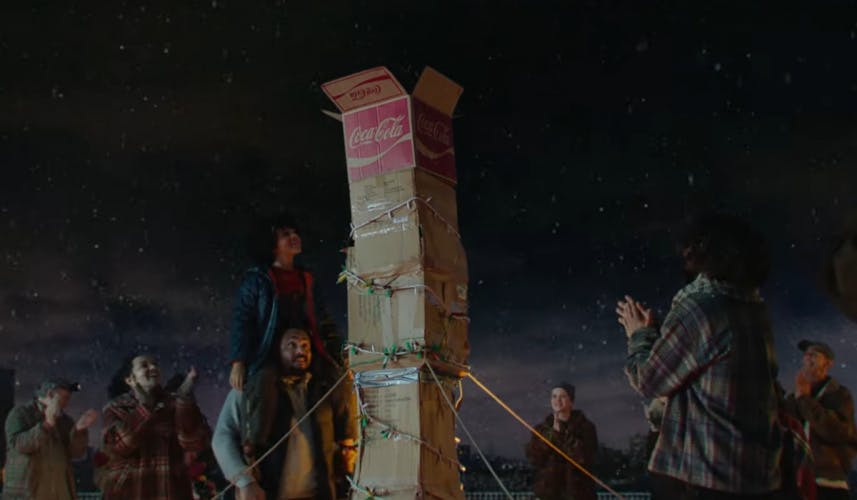