Coca-Cola has updated the design of Coca-Cola and Diet Coke, bringing them in line with the refreshed Coca-Cola Zero packs it unveiled in February.

It marks the first global packaging update since the drinks giant launched its ‘One Brand’ strategy in 2016, a move designed to encourage customers to try other variants. Since then the company says the strategy has “become integral to our approach to marketing across the Coca-Cola trademark”.

The design has been simplified and features the brand’s classic red across all varieties, with each logo now raised to the top of the label.

This redesign will be consistent across all global markets and rolled out throughout 2021.

“In unifying and simplifying the design system across all three variants, we can extend the iconicity of our logo and brand to our no sugar drinks and encourage more consumers to try Coca-Cola Zero Sugar or Diet Coke,” a spokesperson tells Marketing Week.

The brand says the strategy has contributed to the “accelerated growth” of Coca-Cola Zero Sugar since it launched in the UK five years ago.

“We have continued to innovate to develop this recipe further and are excited to bring the latest recipe to market. We believe it will be popular with the existing Coca-Cola Zero Sugar fanbase, as well as to Coca-Cola Original Taste drinkers who are seeking a no sugar option.”

Coca-Cola Zero Sugar, which recently changed its recipe to bring the taste closer to the original variant, will lead the design update.

Coca-Cola is launching a campaign to support the revamp and highlight Coke Zero’s the new recipe called ‘Best Coke Ever?’. The campaign is deigned to encourage trial of the new taste zero sugar variant and spark debate. It will roll out across TV, digital, out-of-home and social.

The brand says the decision to unveil the new look Coca-Cola Zero Sugar ahead of the other variants was “purely logistical” as it was due to hit shelves in the UK first and it wanted to explain that change.

Coca-Cola partnered with rapper and musician Tyler, The Creator when it first unveiled the new packaging and formula in February.

Coca-Cola first unveiled its One Brand strategy in 2015 scrapping individual brand campaigns after discovering customers were confused about the differences between Coca-Cola variants.

Coca-Cola’s net revenues declined 11% to $33bn (£23bn) in 2020, driven by a 7% decline in concentrate sales, with CEO James Quincey saying long-term growth will be “powered” by its core brands. He also said marketing investment will be returning to pre-pandemic levels. 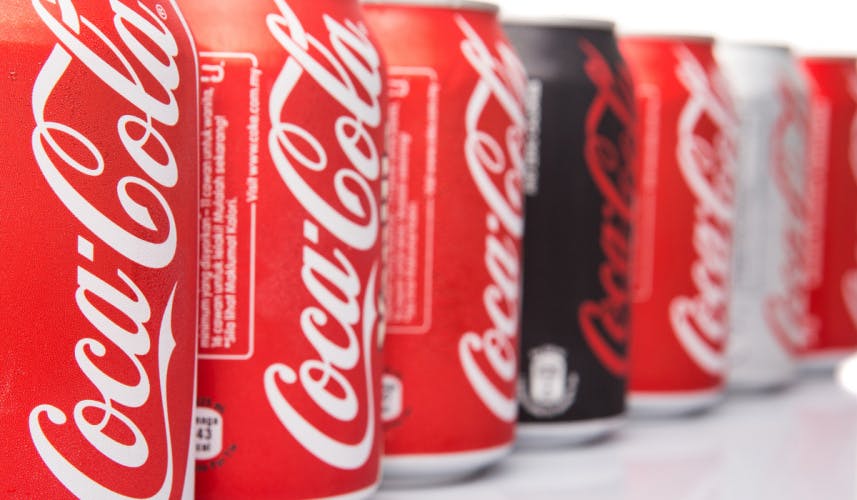