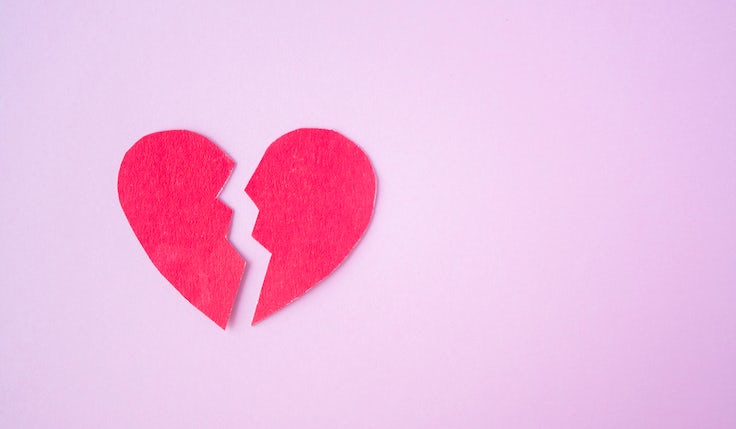 “F*cking media” is an exclamation that still rings in my ears some 17 years on from when I first heard it. It wasn’t said in anger by the chairman, more amused incomprehension.

I was the lead suit on a piece of pan-European business that we had resigned due to a conflict. The media agency were proposing some mathematical gymnastics – based on a very opaque clause in the contract – to withhold paying back unspent billings the client had forgotten about. It was in this meeting that I first experienced the love/ hate relationship I have with the media shops.

On the one hand, I loved, and still love, the beauty of media planning. The simplicity and econometric science present in all the best plans. Reach, frequency, cover build, CPM, decay rate, response rates, conversion rates, carry over. I love the creativity and insight that leads to seemingly absurd and sometimes obscure channel selections or formats, only to see they bring real depth to the campaign and let the creative soar, delivering great results. I love working with the bright young things in the agencies. All passion, energy and commercial sense.

At some point the holding companies effectively became wholesalers, the media agencies their retail arms.

But on the other hand, I am increasingly disenfranchised by the opaqueness and fog of their commercial relationships. The rebates, the lack of ownership of the programmatic supply chain and in some places the complicity.

Now that might sound a bit harsh, but there have been enough front-page stories in the newspapers over the past five years for anyone in the marketing industry to know there is a problem with media and by association our media agents. More specifically, with the larger holding groups who control 80% to 90% of all the media spend globally, not the independents who have left and set up on their own to preserve their integrity and provide a more transparent service for advertisers.

We’re being seduced by engaging platforms, but it’s a complete non-starter as a strategy

At the heart of the problem is a change in business model and positioning that has happened over the past decade or so. It has slowly become apparent that the large media companies are no longer buying my media space for me, negotiating the best deals and prices so my brand can achieve its goals. They are in fact selling media space to me. At some point the holding companies effectively became wholesalers, the media agencies their retail arms.

There are potentially two issues with this. The first is media neutrality, the second is transparency. The first seed of doubt is about the media plan I am being encouraged to sign off. Why are those channels included? Why is it always so heavy on these formats? Is that because they are the most effective, or because the holding group needs to hit certain volume targets with those publishers to maintain their margin?

The second seed of doubt is the price. How do I know I am buying at fair market value? What is the true cost from the publisher? What are the percentages added across the supply chain by different vendors, are these reasonable? Let’s not start on so called ‘inventory media’. Of course, plenty of work has been done on this by the good officers at ISBA, the ANA, WFA, media auditors and, increasingly, the large accountancy firms, but the truth is elusive.

You can try to hold your agency to account, update your contract, change commercial terms and get as close to the truth as possible, but there is still this doubt that something isn’t quite right.

Sadly, this makes it very difficult to form and maintain strong and trusted relationships between agency and client. And that of course is a real shame, as good business is based on trust between people. It starts to taint how you feel about the team at the agency on your business.

Ritson: P&G’s Marc Pritchard has made the biggest marketing speech for 20 years

In series three of The Sopranos, the rather hapless and exasperated Carmella visits a shrink to work through what she should do about her unfaithful mafioso husband Tony. Expecting tea and sympathy, instead she gets what can only be described as a truth thunderbolt. To break through her defensiveness and delusion, the good doctor mercilessly dissects her husband’s faults and forces Carmela to see the world as it is. “You’ll never be able to feel good about yourself. You’ll never be able to quell the feelings of guilt and shame that you talked about, so long as you are his accomplice…One thing you can never say: You haven’t been told.”

And that’s the thing for the good people working day and night at the media agencies on client briefs, and the marketing directors who continue to turn a blind eye and sweep the opacity of the media supply chain under the carpet. We all know it’s a problem, and a very difficult one to solve on your own, especially when you have built your plan on the low fees and budget you have secured.

You can try to hold your agency to account, update your contract, change commercial terms and get as close to the truth as possible, but there is still this doubt that something isn’t quite right.

Perhaps all we can do is live with this nagging ambiguity. As James Gandolfini famously mumbled in his best New Jersey drawl, with a shrug of his big shoulders, “What are you gonna do?”

Our anonymous marketer has spent years working for big brands in large organisations. They have seen what you have seen, been left scratching their head at the decisions (or indecision) of others, had the same fights. They have also seen the possibility and opportunity of marketing. In this regular series, our marketer on the inside will unpick the failings, articulate the frustrations and speak up for marketers everywhere.

The difference between good strategy and poor strategy is immense. As part of a new series, our undercover marketer explains why it’s better to take longer, shoot for the stars and slip a bit than to aim for mediocracy and achieve it.

Tesco believes too much of its media spend is being “siphoned off” to ad tech instead of being used to reach customers in quality environments.