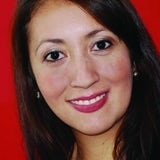 Prime Minister David Cameron has announced he wants to measure the nation’s happiness levels, but what exactly is he going to do with this information?

David Cameron’s announcement two weeks ago that the Office for National Statistics will launch a “happiness” index from next April has attracted a mix of positive feedback as well as outright criticism.

I can’t help but agree with shadow Cabinet Office minister Liam Byrne, who was quoted in The Independent saying how ironic it is “that a Government doing so much to spread pessimism and is making it harder for people to get on is going to start measuring wellbeing”.

I am struggling to understand the value of such an exercise which will demand further resources from an increasingly stretched public sector. Cameron’s new pet project, I fear, is going to end up like the weatherman who tells you it’s raining when all you had to do was look out the window and see the evidence for yourself.

This isn’t a criticism of research but of Cameron’s mindset towards it. We all know how important research and gaining consumer insights is for marketers to build their brand and new product strategies, but Cameron just doesn’t seem to be approaching it this way.

Good marketers who collaborate effectively with their heads of consumer insight and market research agencies will either be looking to uncover those key insights to take their brand to a new audience, get feedback on how their brand is performing, or forecast future trends. In essence, good research will always have a purpose, and will demonstrate its value in terms of how it can enhance a company’s strategy.

What value will this research provide Cameron and his Government? What are they going to do with the knowledge they uncover? Cameron has said he wants to find out what will “improve lives”, and “act on it”.

I’m not convinced a research project is going to help him in this quest. If people say they are unhappy because of the VAT rise, cuts to the public sector, and the increase in university fees, he isn’t exactly going to renege on these decisions, is he?

And if they say they are unhappy because of ongoing tube strikes and how most of the nation has come to a standstill because of the snow, are sorting these issues out going to rise to the top of his agenda? Again, not convinced.

I personally think Cameron is secretly hoping that this new index will reveal that we aren’t that unhappy after all, and that the decisions and cuts this Government is and will continue to make haven’t left us all without reasons to live.

It’s entirely possible of course. This week’s trends report written by my colleague Lou Cooper, shows that a quarter of 18 to 24 year olds are likely to spend more this festive season, demonstrating that amongst the doom and gloom there is a sense of optimism.

Meanwhile, one of our columnists this week highlights how IPC Media’s research on mums shows that while they might be scrutinising their Christmas shopping list to make their money go further, they won’t be cutting back on the biggest fans of the day, their children.

I fear that Cameron will be desperately looking for these glimmers of light to use as PR to support and justify his actions. If he does, I hope marketers and market researchers don’t follow his lead. 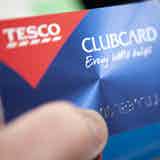 Mirror mirror on the wall, who’s the happiest of them all? Those living in Northern Ireland, according to initial findings of the ONS’ happiness survey. Money can’t buy you happiness after all it seems, as despite being wealthier, it’s Londoners that have been found to be the least happy people in the country. The Office […]