Starbucks is fighting the current decline in consumer footfall in its stores by linking up mobile and digital with an “immersive and experiential” retail experience.

Speaking on a results call yesterday (27 April), the brand’s new CEO Kevin Johnson started his presentation by responding to a recent Wall Street Journal article, which noted that more US retail stores have closed in the first quarter of 2017 than closed in all of 2016. Worryingly, more retail stores are expected to close in the US this year than closed in any year since the recession started in 2008.

He says the article illuminates a “seismic shift” in consumer behaviour, and the “devastating” impact this sea change is having on many traditional brick-and-mortar retailers.

Johnson said the shift has prompted him to reassess how Starbucks is going to continue to grow in the face of “tremendous retail headwinds”. The most important components needed, he says, are an “engaging, digital and mobile relationship with customers that is threaded into a branded, immersive, experiential retail destination”.

“The common denominator will be the creation of a consumer experience that evokes human emotion and connection. I firmly believe that these are the ingredients that will determine which brick-and-mortar retailers thrive in the future, and which become victims of the current trend,” he said.

The common denominator will be the creation of a consumer experience that evokes human emotion and connection. These are the ingredients that will determine which brick-and-mortar retailers thrive in the future.

He also drew on his experience working in the tech industry, at Microsoft, and claimed the companies that are “the big winners” think long-term and innovate for the future.

“The retail industry is going through a period of similar profound disruption right before our eyes. Starbucks is playing the long game, and we are playing to win globally,” he added.

Starbucks recorded total sales of $5.29bn (£4.1bn) in the second quarter of this year, a 6% increase compared to the same time period in 2016. Nevertheless, the results failed to meet analyst expectations, with shares falling 4%.

To battle declining footfall, the coffee giant has identified five priorities. These include driving transaction growth in the US, growing the business in China, upping its digital capabilities, promoting its Starbucks Reserve brand, and honing in on lunch.

Food represented more than a fifth (21%) of its revenue in the second quarter of this year, which is why the brand is eager to create new “occasions” for customers to visit its stores.

“We have demonstrated that by focusing on a specific day-part, we can create new customer occasions that add to the branded experience and become long-term drivers of growth. That is precisely what we are doing by up-leveling our lunch offering with the new fresh food concept we call Mercado,” he said.

During the call, the brand’s outgoing CEO Howard Schultz also touched on Starbucks’s tea range, stating it has “issues” with Teavana. It currently has 350 Teavana stories in shopping centres throughout the US, with many making a loss due to reduced foot traffic. As a result, the brand is evaluating its Teavana store portfolio.

“Because Starbucks is a customer destination, profitability in our Starbucks mall store has largely been unaffected. But our Teavana mall stores have not been immune with many reporting negative comps and operating losses for some time,” Johnson concluded.

“Since acquisition we’ve invested in new store designs and improved merchandising, but the rate of the decline coming through last holiday and into Q2 is worse than we had forecast and we are expecting further declines at a number of at-risk Teavana mall stores.” 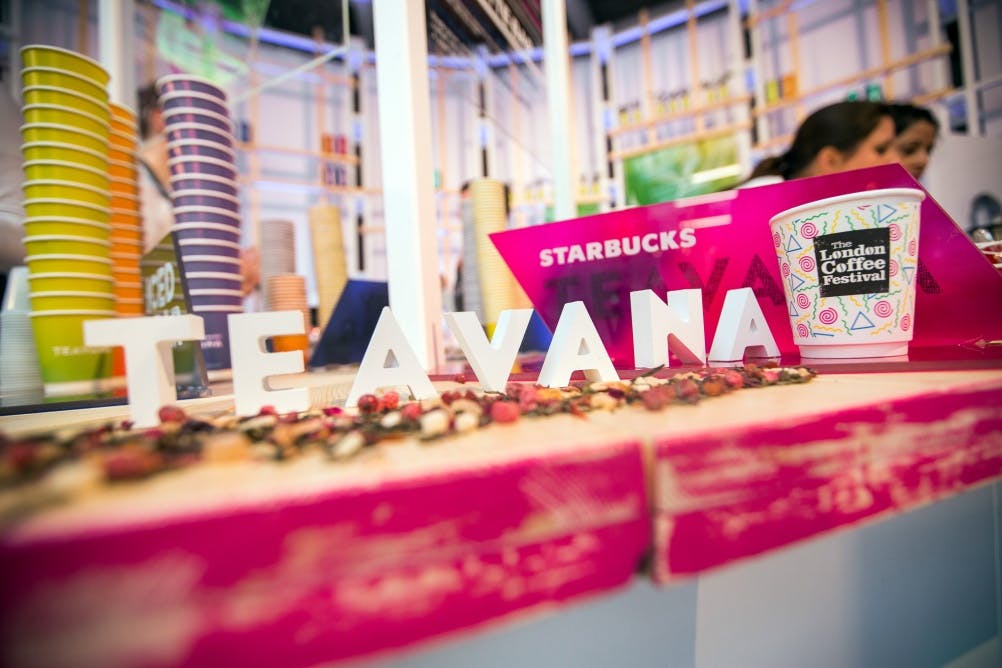 Starbucks is heavily pushing its Teavana iced teas range as part of a large-scale summer campaign, but will have to overcome sugar concerns and muted consumer interest around tea if it wants to succeed.