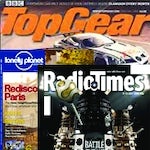 The initiative was first announced in April this year with a statement from BBC Worldwide that said it was “seeking a partnership with another company to enable our portfolio of profitable market-leading titles to meet its potential, while still protecting the BBC’s editorial standards and brands.”

The latest statement from the division says: “We would hope to have a decision on the future of the business by the end of this financial year, the end of March, though the reality is that it could still take longer than that.”

The BBC Trust has been working through proposals for the magazines over the summer and is now ready to start the pitch process to find a partner for the magazine division.

Gabrielle Rossetti, media manager at Arena Media, says: “It’s not a surprise- when they were planning to sell the whole portfolio it was always noted that they were interesting in a joint venture around titles like Top Gear.

“I think it is apparent that they need a cash injection, but that they are committed to these brands and cannot relinquish all ownership given their place in the BBC stable.  I’ll be interested to see who they do eventually partner with- I can imagine a great partnership would mean really interesting opportunities for clients.”

BBC Worldwide’s operations have been under scrutiny for some time by commercial rivals. It was criticised for its acquisition of The Lonely Planet magazine in 2007.

Radio Times was ranked as the third most actively purchased magazine in the last ABC figures with an average net circulation of 941,882, down 2.3% for the period January to June 2010, year on year. 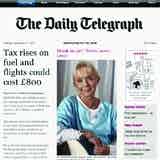 Telegraph Media Group has launched an application for the iPad, with initial sponsorship from Audi. 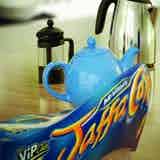 United Biscuits, which owns the McVities and Jaffa Cakes brands, could be sold to Chinese manufacturing group Bright Foods, according to reports. 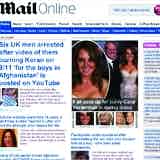 Mail Online has retained its lead as the most popular online newspaper for the month of August, according to ABCE figures released today.