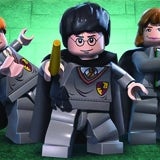 The toy maker says female orientated products designed to exploit “a significant opportunity that it still untapped” will be available shortly.

In an interview with The Observer, UK managing director Marko Ilincic says that the company wants to address its toys’ school age bias towards boys.

Current ranges include toys based on the Star Wars, Pirates of the Caribbean and Harry Potter films as well as traditional construction figures.

Ilincic says that between two and five both boys and girls play with Lego but girls lose interest when they go to school.

He told The Observer: “We’re very conscious of the skew towards boys; most of [our] themes are to do with aliens, Star Wars, police stations and fire stations. And they rely heavily on construction, which appeals to the boys. Girls like the creative play Lego offers, but are far more interested in role play, pay greater attention to detail, and like collectables like dolls”.

A roundup of stories from the newspapers this week… JJB, Morrisons, HMV, Primark, Waterstone’s, Boots. 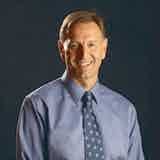 Mark Lund, chief executive of the Central Office of Information (COI), is to leave the Government’s marketing services provider to return to the private sector.