Speaking to Marketing Week at the event in Barcelona, Unilever’s vice-president of media for Europe and the Americas Sarah Mansfield said she had identified a trend of launches aimed at making smartphones and mobile networks more accessible in developing nations. This would help the FMCG company to grow its interactions with consumers globally, she added.

“The exciting thing from my perspective is how operators and handset manufacturers are starting to consider developing markets and the opportunity there to deliver more low-cost, market-entry options,” said Mansfield. “That’s exciting for us as a global marketing organisation.”

She cited the example of web browser company Firefox, which this week announced a new partnership with Orange to bring its pared-down smartphone operating system to 13 markets in Africa and the Middle East. Facebook founder Mark Zuckerberg, meanwhile, delivered the keynote speech at MWC on Monday (2 March) in which he reported rising support from mobile operators for his Internet.org project to grow the mobile internet in developing countries.

Mansfield described MWC 2015 as “a year of evolution, rather than [one of] lots of new stuff” – noting that most launches were upgrades of existing technologies.

She added, though, that Unilever is currently exploring its own role in the growing ‘internet of things’, including its strategy around wearables and smart packaging. Mansfield spoke at MWC earlier this week about delivering brand engagement on mobile devices alongside Mary Clark, chief marketing officer of mobile-focused business services firm Syniverse.

“It’s always been quite hard to know which bets to make,” said Mansfield. “But I think we as a business have always been keen to test new opportunities.” 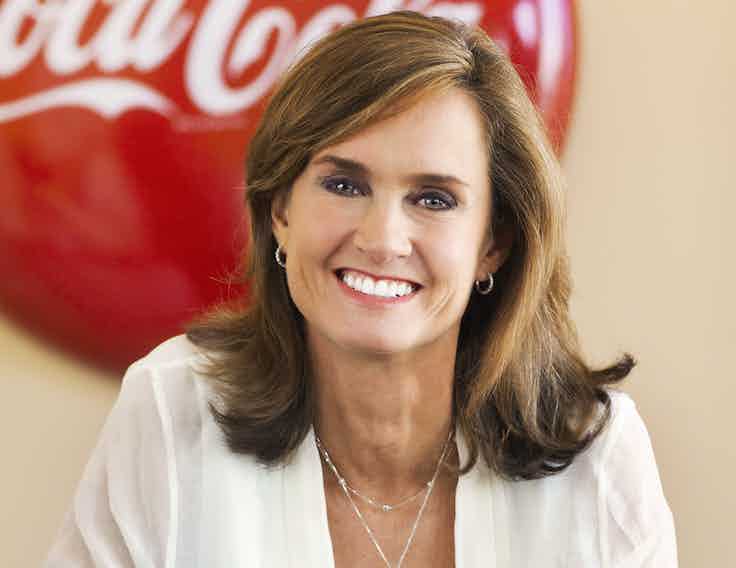 At the global launch of Coca-Cola’s campaign celebrating 100 years of its contour bottle in Atlanta, Marketing Week caught up with Katie Bayne, senior vice president of sparkling brands at Coca-Cola.