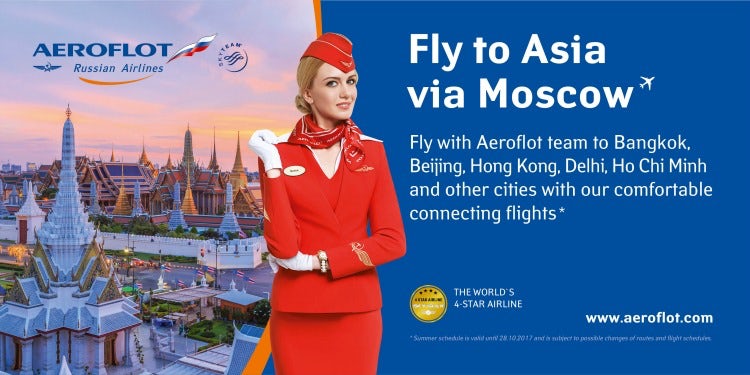 With a large number of safety incidents as well as deep ties to the Soviet Union, Russian airline Aeroflot has somewhat of a chequered history. To put it bluntly, there was a time when the brand, which was infamous for poor safety and customer service records, was more a punchline to a joke than anything else.

However, over recent years there have been signs this historically negative brand perception is changing. Last year, Aeroflot was awarded the coveted 4-Star Airline Certification by Skytrax, which now rates the Russian airline’s ‘quality’ score above British Airways. And Aeroflot claims it has gone from having just 11 million passengers in 2011 to 50 million in 2017, with its air fleet just 4.2-years-old.

In a bid to carry this positive momentum, Aeroflot has launched a new advertising campaign in the UK market. Largely based around London, the outdoor and print ad campaign (pictured above) is centered around its positive TripAdvisor score and the aforementioned Skytrax ranking.

Speaking to Marketing Week, Giorgio Callegari, Aeroflot’s deputy CEO for strategy and alliances, admits it will take a long time for the negative connotations from the past to fade. However, he’s confident the brand is “now more associated with quality than anything else”.

“We don’t want to describe our brand as having turned a corner as that makes it feel like a shortcut – almost like once you’ve turned the corner, you’re done and there’s nothing left to do,” he explains.

The partnership [with Manchester United] and campaign are part of a larger marketing effort to talk about our quality.

“This needs to be a long-term journey and we prefer to look at it as something we have to work on every single day. We need to stay on the same path of establishing the brand perception of Aeroflot as a quality-driven, customer-focused airline.”

Awareness of the brand has also been boosted by its sponsorship of Manchester United –  Aeroflot is the club’s official air carrier – a move it claims has been directly responsible for a 6% rise in global customers.

“[The United partnership] has been crucial in terms of communicating to customers in Russia and abroad that a reputable brand are comfortable associating with us and trusting us to transport their players,” adds Callegari. “That speaks volumes. The partnership and campaign are part of a larger marketing effort to talk about our quality, but we are careful to not boast about having good services if that isn’t actually the case.”

Moving forward, Callegari says Aeroflot would like to mirror the success of brands such as Skoda, which once had negative perceptions but are now seen as far more reputable.

He concludes: “Every successful brand has its own path but I do look at Skoda, which has made changes and is now seen as a very good brand. We really do believe we can successfully position ourselves as a premium air carrier.” 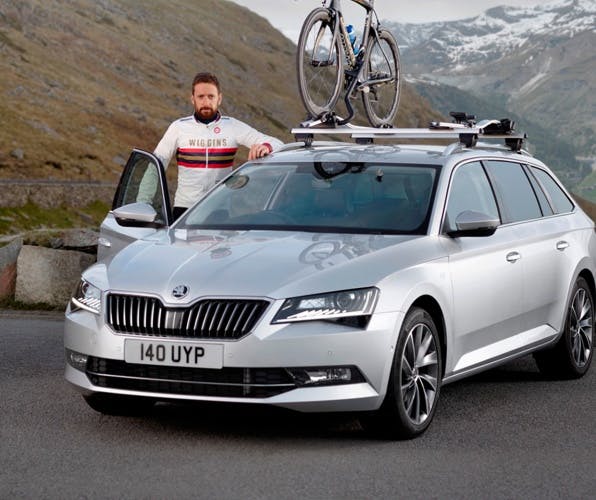 The Skoda brand has come a long way from the days of being routinely mocked and its UK head of marketing says a partnership with the cycling legend is a sign of a shift away from functional marketing.

The IT outage that impacted thousands of flights is hitting consumer perceptions of the airline brand.