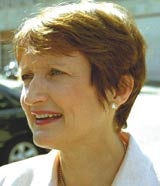 The Government’s draft Communications Bill, published on Tuesday, paves the way for a single ITV, mergers and acquisitions in the radio sector, and opens the door to Rupert Murdoch buying Channel 5.

Unsurprisingly, the bill will scrap rules preventing single ownership of ITV, paving the way for Carlton and Granada to pursue merger discussions. It also allows for individual companies to hold up to 40 per cent of independent television news group ITN.

In the radio sector, Culture Secretary Tessa Jowell is scrapping the complex points system and will allow local newspaper owners to own local FM licences for the first time. Furthermore, a single company will be allowed to own two national radio stations. TV stations will also be permitted to acquire radio stations in the area in which they broadcast.

The bill also contains proposals to scrap the inconsistent rules that prevent non-European ownership of some broadcasting assets, allowing foreign media groups to buy ITV and Channel 5. In a move that gives the nod to Murdoch, the bill effectively allows newspaper owners with more than 20 per cent of the national newspaper market to buy Channel 5 or a radio licence.

Incorporated Society of British Advertisers director of public affairs Ian Twinn says: “The bill is roughly what we expected. We will be conslting our members on the media ownership rules and we will be putting the views of advertisers forward.”

He welcomes proposals that allow Ofcom, in concert with the Office of Fair Trading, to apply competition rules in the communications sector.

The bill will be considered by a joint scrutiny committee, drawn from both Houses, prior to being introduced into Parliament in the autumn.