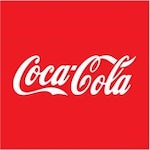 The soft drinks giant has been a global supporter of the annual event since it started in 2008. Earth Hour aims to promote awareness of climate change by encouraging companies and individuals to switch off lights across the globe between 8.30pm and 9.30pm on 27 March.

As part of its support, Coca-Cola GB will run a series of Earth Hour-based initiatives, including a bespoke WWF creative to drive awareness of Earth Hour in the run-up to the event on its giant Piccadilly Circus sign.

It is estimated that the ad, designed by Sedley Place, will be viewed 2.4 million times in the two weeks between its launch tomorrow (12 March) and WWF Earth Hour. On 27 March, Coca-Cola will turn off its Piccadilly sign for 60 minutes – only the fourth time the sign has been switched off since World War II.

An outdoor push, using 96-sheet posters on the A4 West Cromwell Road and Westminster Bridge sites, will run for two weeks from 15 March.
Coca-Cola will also use its headline sponsorship of the Football League and its Coke Zone website to promote the cause.

Coke’s participation in the Earth Hour scheme is designed to complement its climate change commitments to increase the size of the business but reduce the carbon in its manufacturing operations.

It’s anticipated that as a result of this campaign, Coca-Cola will have helped WWF to raise awareness amongst over 4 million people in the run up to Earth Hour.

Sanjay Guha, President of Coca-Cola Great Britain and Ireland, says: “We are delighted to continue our support of WWF’s Earth Hour and increase our efforts to promote the initiative. Climate change cannot be ignored and businesses must actively engage in tackling the challenges it brings. At Coca-Cola we are trying to do our bit. But we also want to encourage consumers to do theirs. I’d urge everyone to get behind this campaign and switch off for Earth Hour.”

David Nussbaum, WWF-UK CEO, says: “Climate change is one of the most serious threats facing people and nature, and demands urgent global action. Last year, world leaders missed a key opportunity to agree a global climate deal in Copenhagen, but with each year of delay, the impacts on people and wildlife get more severe and the window of opportunity gets smaller.

“Businesses have a key role to play in the fight against climate change – both in terms of prevention and adapting to its worst impacts. The support from businesses like Coca-Cola for Earth Hour proves that, even in tough economic times, the appetite for change among the private sector is there.”

The Coca-Cola Company and WWF have been working together since 2007 to tackle issues relating to water and energy. Through this partnership, The Coca-Cola Company has set global targets to increase water efficiency, reduce energy consumption in its production facilities, conserve the world’s key freshwater basins and address the environmental impact of agriculture