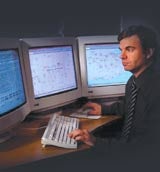 The position of Seeboard’s agency Designate Advertising, which handles the company’s &£2.5m creative and media accounts, is also expected to come under threat following the acquisition.

A spokesman for LE Group says: “It is too early to say how exactly the Seeboard business will be integrated to the LE Group. The acquisition is subject to European Commission approval at the moment.”