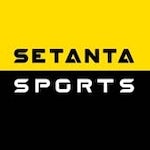 The League says that it has issued a tender for the 46 games for the 2009/2010 season and intends to sell them to the highest bidder if the troubled sports broadcaster is unable to pay the reported £30m it owes.

In a statement the League says: “The bid deadline has been set for Monday June 22 but we will give all prospective bidders notice late on Friday June 19 if Setanta have met their conditions, thereby negating the need for bids to be submitted.”

Meanwhile, media company Endemol, which produces the reality programme Big Brother, is believed to be in talks to acquire a large stake in Setanta.

It is understood that Endemol could take up to a 49% stake in conjunction with other investors, though it is not known how much it would look to pay.

Setanta has put the review of its advertising account on hold pending the outcome of its future which could see it go into administration http://www.marketingweek.co.uk/setanta-puts-ad-pitch-on-hold/3001307.article