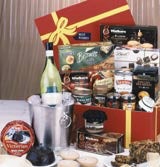 What sort of year have you had at work? Whether you’ve moved up or down the corporate ladder, the chances are the words “Christmas” and “bonus” are beginning to seep into your thoughts and slip into speculative conversations around the water-cooler.

It is an unwritten rule of corporate life that, no matter how difficult the past year has been, a decent bonus or gift at Christmas goes a very long way towards rose-tinting the spectacles. It is for this reason that employers have long recognised the benefits of Yuletide incentives. Even Scrooge was eventually moved to concede the point. After succumbing to some supernatural arm-twisting he rewarded his employee with gifts that, by today’s standards, wouldn’t be considered especially generous, but which did wonders for staff morale (an action that speaks volumes about the psychology of motivation and reward).

According to research group Mintel, companies are more likely to reward staff at Christmas than they are at any other time of the year. And to some, the words “rewards” and “cash” may be interchangeable. However, psychologists have argued that money is just a short-term motivator – it pays the bills and is forgotten.

On the other hand, people tend to remember the “trophy” value of tangible gifts and the recognition they gain from their peers, far more than they do a few extra pounds in their pay packets. That can be a powerful motivator, but is very difficult to attach a value to it. A recent survey, however, claimed that two-thirds of people receiving a business gift could, three years later, recall who had given it to them and where they had received it.

Companies are realising the significance of this phenomenon when it comes to building staff loyalty. Last year, an estimated £680m was spent on staff rewards, and the sector is growing by 20 per cent a year.

In the past, the traditional corporate Christmas gift might have included a hamper (these are still popular, though unrecognisable from their “tins of ham and fruit cocktail” ancestor) or something practical and functional bearing the company logo. Today, however, the trend is more towards sophisticated, personalised gifts and rewards with a high perceived value. Unfortunately, like wretched parents being told that the latest “must-have” toy has just sold out, when it comes to corporate Christmas shopping, companies often leave it too late to buy the best of what’s available.

Adrian Waite, marketing director of Recognition Express, a company supplying a range of reward and recognition products, says that tailored seasonal incentives require months of careful organisation. He says: “There are some fantastically original, personalisable gifts out there, but these require up to three months of planning – particularly if they are being imported from say, Japan or China. Invariably, people get round to placing their orders in mid-November, by which time it’s too late to supply anything other than the safe and traditional items such as pens and desk items in time for Christmas.”

As a nation of confirmed last-minute shoppers, we probably deserve no better than a choice between a gift voucher and a bottle of plonk as a present from our employers. Except that the voucher is nowadays likely to buy you an “experience-of-a-lifetime” and the plonk will probably be a bottle of vintage wine, accompanied by imported hand-made chocolates.

As a very imprecise rule of thumb, the more memorable the reward, the more likely it is to change attitudes and behaviour. This rule fuels the premium end of the incentive market and the experiences sector, which caters for rewards that “money cannot buy”. This category is growing by 40 per cent a year and has revitalised the humble gift voucher.

Christmas is a busy time for the Virgin group of companies and in particular for Andrew Johnson, sales and marketing director of Virgin Incentives and Virgin Vouchers. Like many of the large retail groups, Virgin has realised that with clever marketing, vouchers can be tailored to “buy” almost anything – from CDs to white-water rafting adventures. Recipients can make their own choice – the important thing is to make the reward feel as personal as possible. Johnson says: “There’s nothing inherently different about Christmas incentives. However, for incentives to work, it is essential that the recipients feel special, that the reward is personal and that they are being publicly recognised for their contribution.”

The spirit of Christmas is irresistible to many of us. We like to give presents to colleagues and customers. However, anyone who has agonised about choosing a gift for somebody close to them will appreciate just what a hazardous experience it can be. After all, a present should be memorable for the right reasons. Whoever said that it’s the thought that counts has never received an expensive set of cut-crystal wine glasses – emblazoned with the name of a local chemical fertiliser supplier. A perfect gift, you may think, for your best enemy. But that wasn’t what was intended.

Hilary Rogers, senior account director at marketing communications agency EWA, believes that the giving of corporate gifts requires as much thought as giving to your loved ones. She says: “The whole process can be very political and can affect the receiver’s attitude to you far more than you may think. One person may be happy with a box of chocolates, but another may expect a decent bottle of whisky.

“Marketing departments generally accept presents, but the payroll department may frown upon such gifts if it seems like blatant bribery. This kind of knowledge should already be known – providing you have a good enough relationship with the client.”

With so much at stake, it’s little wonder that when it comes to corporate Christmas gifts we tend to chicken out and leave it to the experts to make the decision for us. Visit Google website and enter the words “Christmas”, “rewards” and “incentives”, and prepare to be staggered by how many companies will happily take on the onerous task of choosing and delivering the perfect present.

A sleigh pulled by mice?

We have much to thank the internet for: in the past few years, hundreds of companies have sprung up offering the most fantastic selection of gift ideas. Even a traditional gift such as the Christmas hamper is receiving something of a makeover at the hands of companies, such as the Christmas Hamper Company, which do much of their business through mail-order and the Web.

Campaign manager Angela Sockett says: “Each year, our orders increase. We offer a wide range of hampers, but the most popular ones are those that are priced between £50 and £70. Traditionally, companies might send a hamper to retired employees, but the market is changing. People give hampers as gifts throughout the year, and we are developing new products to reflect this.”

Subcontracting your shopping to a third party, however, is not without its dangers: there is always a chance that things will go wrong. That’s not to say that we are immune from making cock-ups ourselves, but other people’s mistakes seem to magnify the embarrassment of the consequences. Rogers recalls: “One year, we organised hampers for our clients, and had chosen hampers to suit each personality. One woman should have received chocolates and champagne, but at the last minute the company ran out of stock and staff took it upon themselves to replace those items with tinned soup and spam. Fortunately, she saw the funny side, but we have learnt that the supplier needs to be fully briefed about your expectations – when they are preparing the gifts, they should have some idea of who is going to receive them!”

For many, the perfect gift would be to get away from the pressures and commercialism of Christmas altogether. John Mann, director of marketing and incentives agency Sportsmen in Business, says: “If you’re using the opportunity to motivate staff, why not turn the occasion on its head by offering rewards that have nothing to do with Christmas? A growing number of companies are doing this – organising trips to hot places such as Dubai, while the UK is shivering in winter.”

Nick Tappin, joint chief executive of creative marketing agency Dialogue, agrees that the pressure of competition and the drive to be different has undermined the spirit of the occasion. He says: “People have become cynical about Christmas because the industry has become cynical. The whole ‘Lapland, Father Christmas’ thing has been done to death. What’s the point? We know Father Christmas doesn’t exist – but we should let people dream about it rather than trying to recreate the experience with some fake premise.

“What I’d like to see is companies trying to enrich the occasion by make people smile and feel good about themselves. It should be about capturing the spirit of Christmas, rather than trying to impress by being the biggest and the flashiest.”